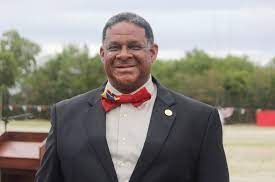 The return of the inflation beast

Investors are wary recession may be on the horizon. Recession is never good for investors or business, as recession means a fall in profits and revenues, which in turn impacts dividends and share prices. Recession means business contraction and job loss.
Fears that Stocks may be entering a long Bear Market are not farfetched. And business and consumer confidence has taken a hit, as prices have risen everywhere. Rising inflation accompanied by pessimism is back.

And Rising Inflation is the New social and economic Bogeyman. Inflation is put at 7% by UK statisticians and is rising. Pundits expect inflation to hit the 10% mark.

OK! The prices you and I pay in the shops, gas stations, and restaurants, rise by greater than the inflation rate.

Now the talk from global pundits is that we are on track for a recession: economic contraction.

Recession will come with staggering increases in interest rates that have already started to increase with the US Federal Reserve and the Bank of England increase in base rates recently.

Central banks increasing interest rates and base rates is a money management tool. It is a mechanism that attempts to tame overheating economies that move from sustainable growth to unsustainable boom. Rising inflation is an indicator that an economy is becoming unsustainable and that there is danger around the corner.

Interest rate increases are an attempt to tame rising inflation before it becomes an even more dangerous monster. Recession driven by increased base rates is frequently the price to pay to tame high inflation.

The Federal Reserve and Central banks are in a dilemma from what can be termed the inflation paradox: increase interest rates too aggressively and trigger economic recession, or increase them more anemically, and probably fail in taming inflation.

Inflation is considered a worse problem than slow or contracting economic growth – recession- as the effects of inflation inflict greater harm on an economy structurally than recession.

Stagflation is similar to Economic Depression in that a contracting economy is further saddled with rising prices. There is an increase in poverty, bankruptcy, and unemployment. The economy is structurally in bad shape.

In an inflationary environment money loses its value; inflation hits the poor hardest; the cost of living rises; the cost of borrowing increases.

High inflation is a common enemy: it increases the cost of living; reduces the standard of living; impacts the quality of life; drives fear and uncertainty; and diverts away from good economic and social planning.

On the other hand, low inflation maintains the quality and standard of living by keeping prices at sustainable levels. This enables sustainable economic growth and management.

And that is why low inflation is a good thing.