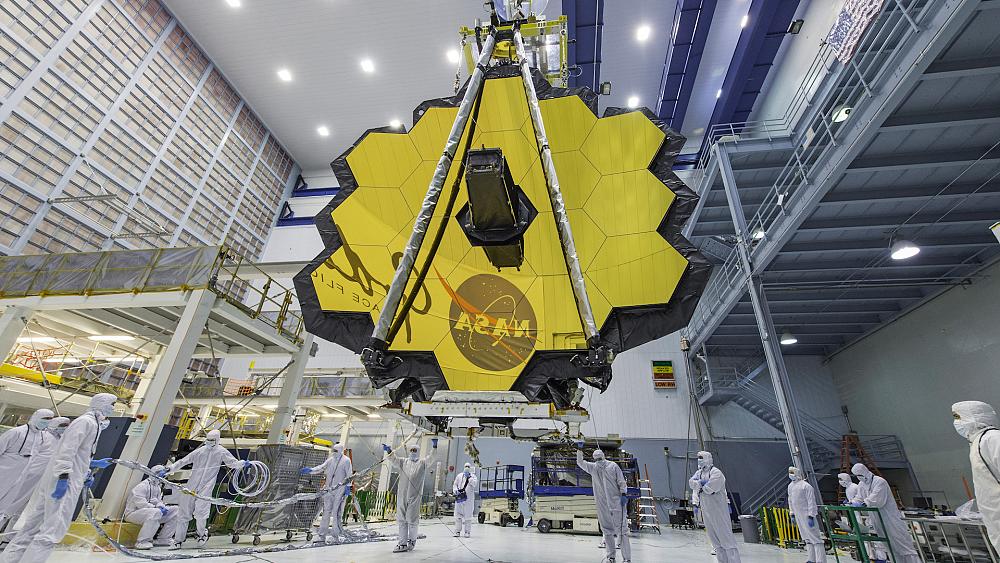 The Space telescope that might unlock the secrets of the Universe

NASA’s new telescope is undergoing final tests before it is launched into Space in October . It will probe the history of our cosmos and whether there is life out there in the Universe.

NASA’s new telescope has a considerable mission on its hands: to peer deeper into space and further back in time than any spacecraft ever has before.

Thirty-one years after the Hubble Space Telescope was sent into low-orbit, the brand new James Webb Space Telescope is undergoing final tests before its launch on October 31st.

The Webb telescope is designed to probe the history of our cosmos. It will investigate how galaxies, black holes and planets were formed, and whether there might be life out there in the universe.

“Webb's infrared capability means it can see into dust clouds that conceal forming stars and planets and learn how those stars are born, ”explains Eric Smith, a program scientist on the project.

“Webb's innovative multi-object spectrograph will pick out thousands of individual galaxies from many epics in the universe's history to see how they change over time,” he adds.

The discovery capability of Webb is limited only by our own imaginations. Scientists around the world will soon be using this general-purpose observatory to take us places we haven't dreamed of going before.

Technological ingenuity notwithstanding, the development of the telescope has not been without its problems.

Originally conceived in 1996 with a launch date planned for 2007, the telescope has been beset with delays and ballooned in cost to over $10 billion (€8.2 million) during that time.

Still, as the telescope prepares for its journey to a point 1.6 million kilometres from Earth, scientists on the project are excited about the enormous potential to enhance our understanding of the universe.

"The discovery capability of Webb is limited only by our own imaginations,” says Smith. “Scientists around the world will soon be using this general-purpose observatory to take us places we haven't dreamed of going before."