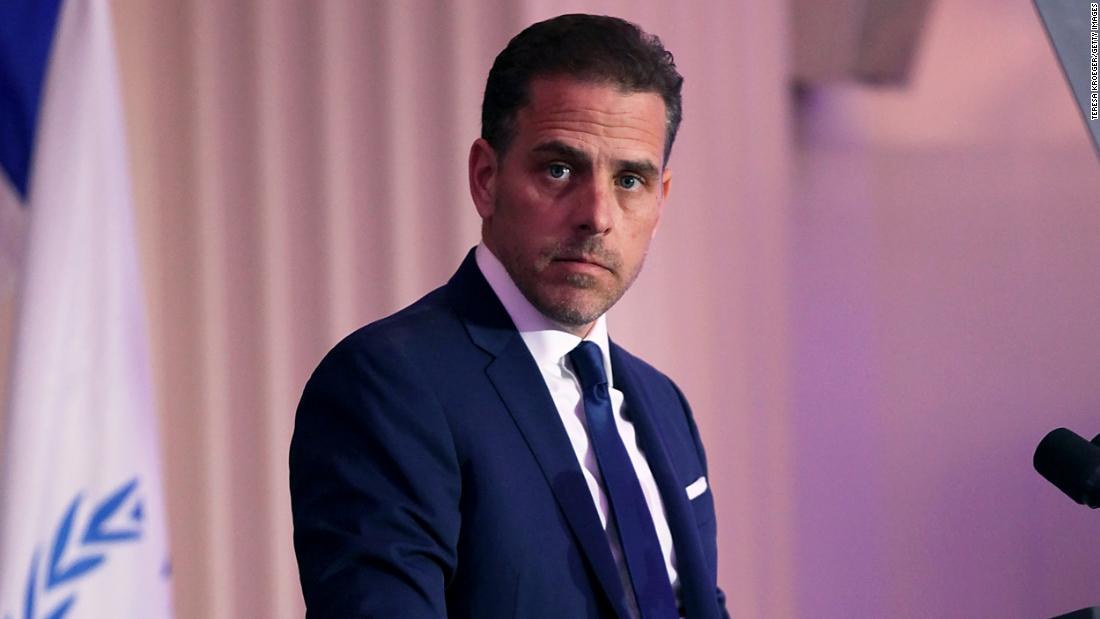 When Joe Biden was vice president, and was mourning the death of his older son Beau, he was also trying to keep his younger son Hunter alive.

That's one of the many takeaways from Hunter's book "Beautiful Things," which comes out on Tuesday.

Many people have already made up their minds about Hunter, and others aren't interested in knowing anything more, but I think his first-hand account of drug addiction, tabloid culture and political craziness is incredibly informative. It's one of those "you think you know, but you have no idea" types of stories.

For example, Hunter's big paychecks for sitting on the board of the Ukrainian natural gas company Burisma? He reveals that "Burisma turned into a major enabler" of his "steepest skid into addiction" by providing cash for all the crack cocaine.

This is not the way we're used to reading about a child of the president. Hunter's accounts of drunken benders and crack-fueled odysseys are downright scary. And his recollections of his brother -— "wish you could've known Beau" — are sorrowful.

So far most of the book reviews have been quite positive. Publishers Weekly says his "courageous self-assessment makes the despair of substance abuse devastatingly palpable." Books Mark has other reviews here. Like Entertainment Weekly's Seija Rankin, I was struck by the scenes that involved his dad: "The result is, purposeful or not, a portrait of our current President as the ultimate Patriarch."

It's also a portrayal of addiction as "really the great equalizer in this country," as CNN's Kate Bennett told me after we both read the book. "It's the one thing that really brought President Biden to his knees." Read Bennett's assessment here.

Chapter after chapter puts the "Where's Hunter?" heckling into an entirely new context. Some of the book's boosters, like Stephen King, have appropriated it to promote "Beautiful Things." King wrote: "Where's Hunter? The answer is he's in this book, the good, the bad, and the beautiful."

But the scrutiny of what pro-Trump media shouters sometimes call the "Biden crime family" continues to this day, and Hunter acknowledges it in the book.

Regarding his Burisma role, which was at the heart of President Trump's first impeachment, he writes, "I did nothing unethical, and have never been charged with wrongdoing. In our current political environment, I don't believe it would make any difference if I took that seat or not. I'd be attacked anyway. What I do believe, in this current climate, is that it wouldn't matter what I did or didn't do. The attacks weren't intended for me. They were meant to wound my dad."
Still, he says, in retrospect, for optics reasons, he wouldn't take the board seat again.

Here's where Hunter is

Hunter appeared on "CBS Sunday Morning," then Monday's "CBS This Morning" and NPR's "Morning Edition." He also taped an in-depth interview for Marc Maron's podcast. Maron said in his intro that he viewed Hunter as "a whipping boy by the right wing press" and wasn't very interested in talking to him. But then he read the book and wondered about what it's like to be caricatured and demonized: "How does a human, let alone a drug addict trying to stay clean, deal with that?"

Later this week Hunter will be on the BBC and on "Jimmy Kimmel Live," but he seems to be avoiding more overtly political and partisan spaces. Fox talks about him practically every hour, but there's no word of a Hunter book interview on Fox, nor do I think there will be.

After the CBS interviews, "Beautiful Things" broke into the top 10 on Amazon's best sellers list.

Hunter told NPR's Scott Simon that "truly the reason I wrote the book" is that "it'll give hopefully some people hope. Give them some hope that they don't have to remain locked in that prison. And I don't just mean the people that are stuck at the bottom of the well like I was, but the people that stand at the top of that well and realize unless we go down with the lantern, he's never going to find his way out. But that's a dark and dangerous journey for them. And it was for my family. But their light was never not seeking me out. Never a moment, never a moment that they weren't trying to save me."