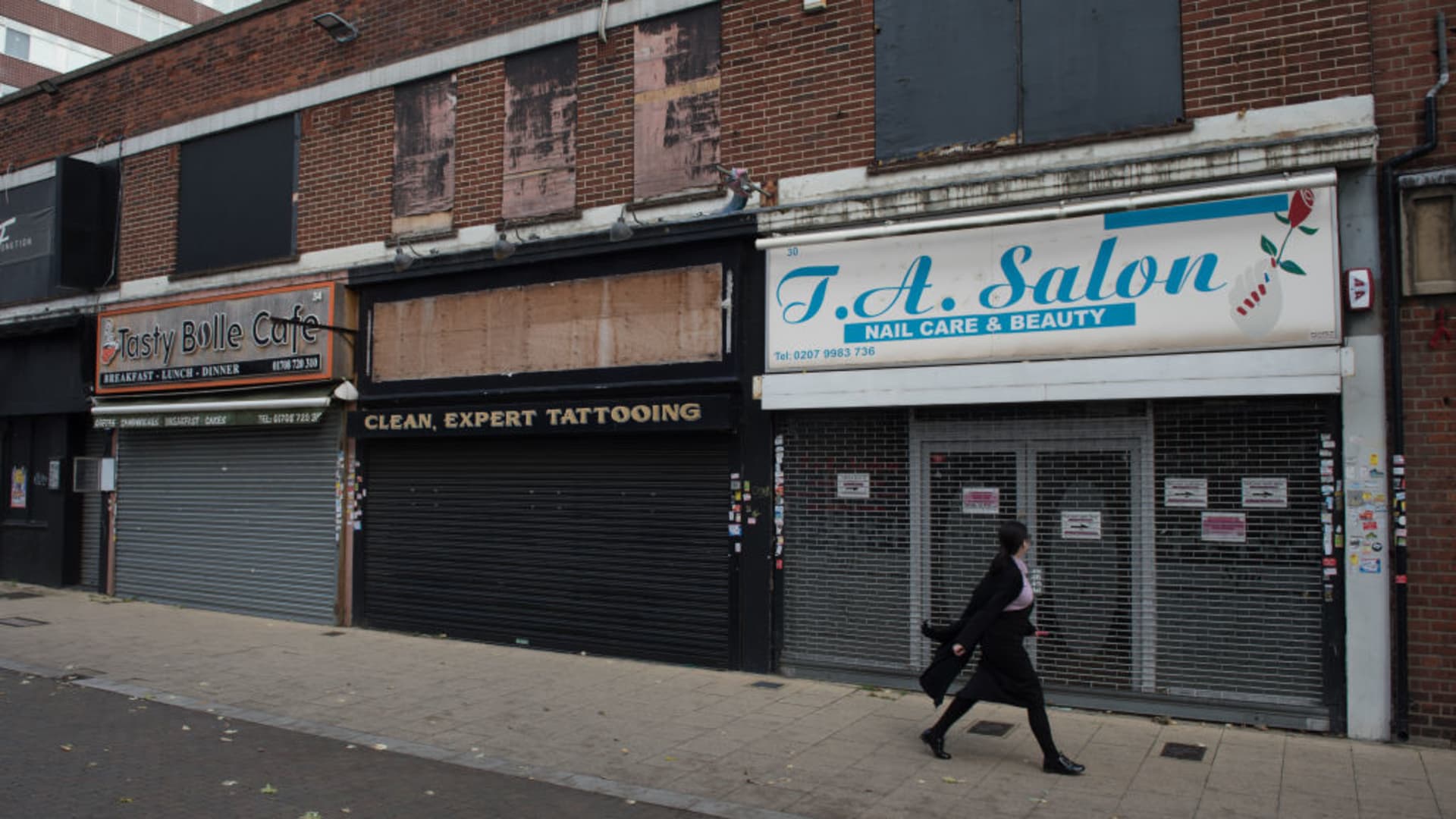 The UK recession will be almost as deep as that of Russia, economists predict

The U.K.'s economic contraction in 2023 will be almost as deep as that of Russia, economists expect, as a sharp fall in household living standards weighs on activity.
In its 2023 macro outlook, Goldman Sachs forecast a 1.2% contraction in U.K. real GDP over the course of this year, well below all other G-10 (Group of Ten) major economies. This is set to be followed by a 0.9% expansion in 2024, the lender anticipates.

The figure places Britain only fractionally ahead of Russia, which the bank projects will see a 1.3% contraction in 2023 as it continues to wage war in Ukraine and weather punitive economic sanctions from Western powers. This will be followed by a 1.8% expansion in 2024, Goldman figures suggest.

Goldman's projections for the U.K. are below what it cites as a market consensus that sketches a 0.5% contraction in 2023 and a 1.1% expansion in 2024. However, the Organization for Economic Cooperation and Development has also forecast that the U.K. will lag significantly behind other developed nations in the coming years despite facing the same macroeconomic headwinds, putting London closer in performance to Russia than to the rest of the G-7.

The euro area and the U.K. are both already in recession, Goldman Chief Economist Jan Hatzius and his team concluded, since both have endured a "much bigger and more drawn-out increase in household energy bills" that will drive inflation to higher peaks than seen elsewhere.

"In turn, high inflation is set to weigh on real income, consumption, and industrial production. We forecast further declines in real income of 1.5% in the euro area through 2023Q1 and 3% in the U.K. through 2023Q2, before a pickup in H2," they said.

The U.K. independent Office for Budget Responsibility projects that the country faces its sharpest fall in living standards on record. Alongside Finance Minister Jeremy Hunt's budget statement in November, the OBR forecast that real household disposable income — a measure of living standards — will fall by 4.3% in 2022-23.

Consultancy firm KPMG projected that the U.K. real GDP will contract by 1.3% in 2023, amid a "relatively shallow but protracted recession," before seeing a partial 0.2% recovery in 2024.

The squeeze on incomes was cited as the main driver, as higher inflation and interest rates significantly curtail household purchasing power. The Bank of England raised rates by 50 basis points to 3.5% in December, as it looked to rein in inflation, which eased slightly in November from the 41-year high in October.

KPMG expects the central bank to increase the bank rate to 4% during the first quarter of this year before adopting a "wait-and-see" approach, as inflation gradually eases.

"The labour market is set to start deteriorating from the first half of 2023, with the unemployment rate reaching 5.6% by mid-2024, representing an increase of around 680,000 people," KPMG economists said in an outlook report in December.

"Rising interest rates have added another headwind to growth. Lower income households are particularly exposed to the mix of current price pressures, as the most affected spending categories largely fall on necessities, with few substitutes in the short run," Selfin said in the report.

"Households are expected to rein in spending on discretionary items in 2023 in response to the squeeze on income. As consumers cut back on spending, we anticipate a sharp reduction in non-essential categories of spend by those households most affected by the rise in energy and food costs, including spending on eating out and entertainment."

Along with the global headwinds arising from the war in Ukraine and supply bottlenecks related to China's Covid-19 measures and the aftermath of the pandemic, the U.K. faces unique domestic obstacles such as a long-term sickness crisis that has severely tightened its labor market. The country is also experiencing heavily depleted trade as a result of Brexit.

"Although commodities drove the initial headline surge [in inflation], price pressures have broadened significantly across core categories in both the euro area and the U.K. following upside inflation surprises," Goldman's Hatzius said.

"In fact, U.K. core price pressures are now the broadest across the G10, with a perfect storm of an energy crisis (like continental Europe) and an overheated labor market (like the US)."
#COVID-19  #Covid