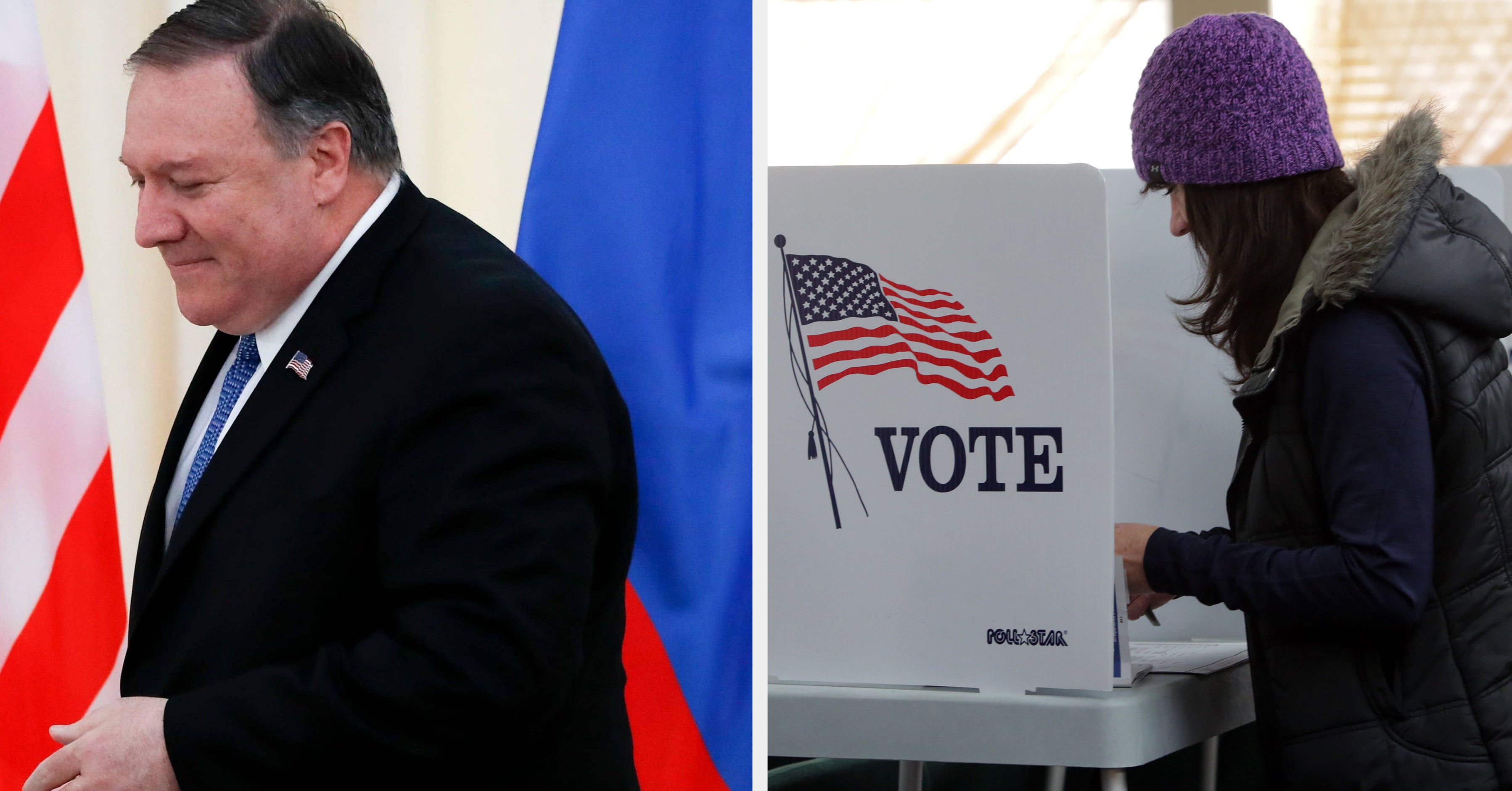 “I thought that this was some type of fraud,” Russian Artyom Vysokov told BuzzFeed News. “Sending such text messages through a service that usually sends spam was not the best idea.”
When Artyom Vysokov received a text message offering him as much as $10 million for information on Russian election interference from a number used mainly for distributing spam and phishing messages, he thought it was “some type of fraud.”

But then he saw reports from several Russian news outlets about other people receiving similar messages on their cellphones and realized they were coming shortly after the US State Department announced a new campaign to defend the American presidential election from foreign attackers.

“I realized that I was wrong and this is really true,” Vysokov, who runs a blog about monetizing websites, told BuzzFeed News. “But sending such text messages through a service that usually sends spam was not the best idea.”

On Thursday, Russians shared screenshots of SMS messages apparently sent by the State Department with the offer of huge monetary rewards for information on hackers trying to interfere with the November presidential election. Many of them - from residents of Vladivostok in the far east and Yekaterinburg at the foot of the Ural Mountains to Vysokov in Volzhskiy in the southern Volgograd region - were rounded up and shared by Russian tech news site TJournal.

And they weren’t the only ones. According to Reuters, Iranians were sent the same messages to their cellphones. Written in Russian and Farsi the text messages say: “The United States pays up to $10 million for any information on foreign interference in American elections.” They include a link to the US Rewards for Justice (RFJ) Program, which offers cash bounties in return for information about threats to American national security. For the Russians, the link jumps to a verified Twitter account with the State Department logo that was created in February. There, Russian-language tweets provide readers with more information about the program.

The texts came after Secretary of State Mike Pompeo said Wednesday that the US was now offering up to $10 million “for information leading to the identification or location of any person who, acting at the direction or under the control of a foreign government, interferes with U.S. elections by engaging in certain criminal cyber activities.”

While many people who received the texts questioned their legitimacy, a State Department spokesperson told BuzzFeed News that they were in fact real. “This is a worldwide campaign in multiple languages,” the spokesperson said. “RFJ has used this and a variety of other messages to inform the public about its rewards and program.”

In a Facebook post, Russian Foreign Ministry spokesperson Maria Zakharova poked fun at Pompeo’s announcement, joking that many people would want to cash in on the offer. “Now the State Department’s site will go down from denunciations about its neighbors,” she wrote.

As news of the texts spread on Thursday, she posted another statement. “By calling on people to talk for money about interference in American elections, the American special services are unceremoniously interfering in our life,” Zakharova wrote. She accused Washington of targeting Russians in a manner similar to what American intelligence officials have accused Moscow of doing. “What is this if not a real hybrid attack?” she said.

The State Department’s blanket text message campaign comes after Russia’s attempts to interfere in the 2016 election, which cast a shadow over the presidency of Donald Trump.

Ahead of the November election, Democratic lawmakers have raised the alarm about what they say are active attempts by Russia to interfere and called for the FBI to share information about the effort.

Of particular concern to Democrats is an inquiry being led by Republican Ron Johnson, chair of the Senate Homeland Security Committee, which is looking at the work that Joe Biden’s son Hunter did in Ukraine while Biden was the Obama administration’s point person in the country.

Democrats allege Johnson is using disinformation from pro-Russian Ukrainians to in his inquiry, an accusation that the Republican senator denies.