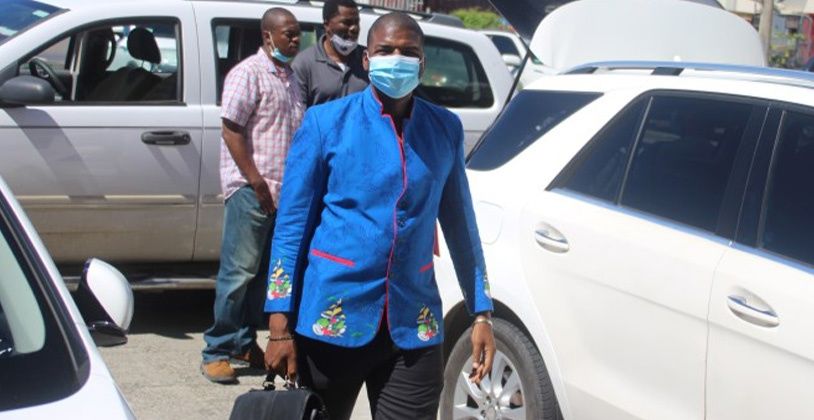 “There Are Valid Reasons”-Wheatley Defends Continued Waiving Of Tender Process

Deputy Premier and Education Minister Hon. Natalio ‘Sowande’ Wheatley is defending the repeated actions by government to waive the tender process on certain projects and consultancies.
Speaking during the debate of the Public Procurement Act 2021, yesterday November 1, in the House of Assembly, he said there are often valid reasons for waiving the process.

“There are good reasons for tender waiver,” he said.

Governments past and present have been criticized by residents on occasions where the tender process have been waived. In fact, the public procurement system has been a subject during the ongoing Commission of Inquiry (CoI) and has also been flagged in several Auditor General reports.

“Let’s say it’s a one-year contract and you are pleased with that service, and you want to continue that relationship, why should you have to go and tender all over again? Maybe, the first year you wanted to see how it went and of course there is the option of negotiating for a multi-year contract, so you don’t have to come every year,” Hon. Wheatley said.

The Seventh District Representative continued, “But there are valid reasons.”

He also spoke to the matter of consultancy, pointing out that sometimes at the tender committee can be wowed by a particular individual but that said person is not fit for the job.

“Consultants, you are familiar with someone because of their expertise. Because of their knowledge and their experience are the perfect person for a particular job and you go out there and you put it in the hands of a tender committee, as well intentions as they are, and then you get the wrong person, but they did a good job of going through the tender process,” he said.

The minister further explained, “and they impressed the tender committee, but they are the wrong person and then you hand them over to a ministry and then you waste money because the original reason you wanted to get the consultant for, you haven’t satisfied that.”

Hon. Wheatley said value for money is important as well as transparency, “but also the empowerment of people is important.”

Premier and Minister of Finance Hon. Andrew Fahie who piloted the bill said that the process to strengthen the procurement system began since 2014 by the then government. He said it is another milestone by his government to further strengthen good governance.

“Public procurement reform in the Virgin Islands is not a concept that was stumbled upon last night or last year rather this bill is a bi-product of years of diligent and consistent efforts to further improve and modernise the public procurement system,” he said.

Premier Fahie added, “it is a milestone and long journey that this territory has been on for a very long time and it’s an achievement that should be celebrated...successive governments have worked on it and it has been a rigorous and time-consuming effort.”

The minister of finance said they all want a procurement system that is fair, transparent and one that promotes value for money whilst empowering local contractors and businesses to be successful.

Under the former National Democratic Party (NDP), the Caribbean Development Bank (CDB) was hired to conduct an assessment of the system.

Legislators will continue to peruse the bill clause by clause when the House continues its sitting tomorrow Wednesday, November 3.
#Commission of Inquiry  #the Virgin Islands  #Fahie  #CoI