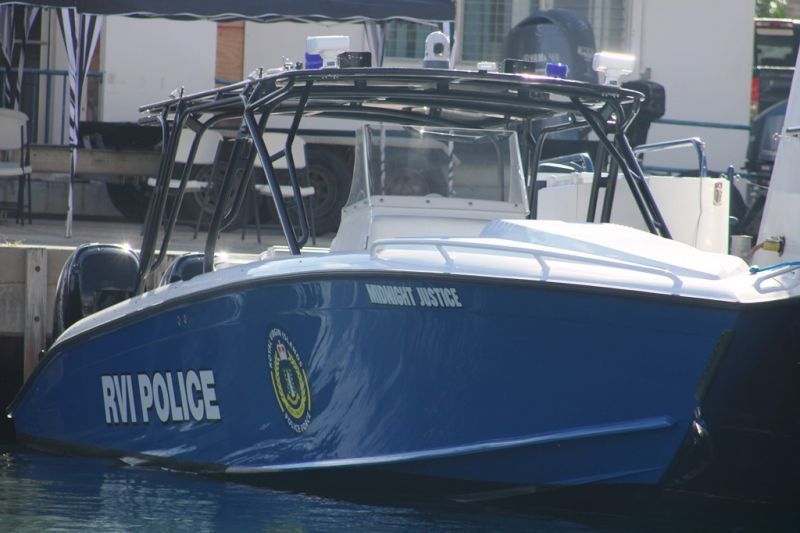 Noting that he hopes to have Police Commissioner Mark Collins as a guest on his show soon, host of Honestly Speaking Mr Claude O. Skelton-Cline has said the Royal Virgin Islands Police Force (RVIPF) just seems to be reeking of all kinds of disfunction “and that’s to put it mildly.”

Most recently, the RVIPF, which falls under the responsibility of the Governor, has been accused of human smuggling.

According to Skelton-Cline on his show on ZBVI 780 AM on April 12, 2022, what he finds curious is that every other two weeks there seems to be something going on with the RVIPF.

“Something has gone awry in the Royal Virgin Islands Police Force (RVIPF). We have gone from child molestation cases to drug trafficking cases to underreporting of money seizures…,” Mr Skelton-Cline stated, adding that he was, nevertheless, certain that a majority of the RVIPF’s officers are upstanding and hard-working women and men.

“But clearly, governor, who is responsible for security in part, clearly Commissioner Collins, there is something running amuck in the Royal Virgin Islands Police Force.”

The RVIPF’s side of the story


Regarding the allegations of human smuggling, the RVIPF, in a statement on April 7, 2022, from its Media Liaison Diane L. Drayton, said the incident actually took place on Wednesday, March 30, 2022.

According to the brief statement, “officers of the RVIPF travelled to St Thomas on official business on-board the Midnight Justice. A prospective officer, who applied and successfully fulfilled the requirements to join the Force but was not yet sworn in, travelled with the team on that trip to St Thomas.”

According to the statement, no other civilians were on-board the vessel. It also said present inquiries are ongoing into whether that prospective officer followed required Immigration and Customs procedures for exiting and entering the Territory.

The RVIPF also said it is cooperating with Immigration and Customs officers.


According to Skelton-Cline, what he found interesting is that the release was made in response to the “chatter” in the public space.

He added that what the intelligence says within the cooperating law enforcement agencies is that the matter is now with the Director of Public Prosecution (DPP) and that the DPP has received all of the “requisite testimonies and chronology of what exactly transpired” and will now determine if any charges will be brought.

“Now I am going to wait and see and I am alerting the public about this, based on the intelligence that is coming to us from the other law enforcement agencies, Customs and Immigration, to now see what the DPP does, to now see the independence of the DPP in this matter.

The commentator promised to do “a whole piece” on the judiciary in a few weeks since he is noticing “some trends” that need a public discussion to correct.

“I am saying now with regards to this matter being with the DPP, let the public take note and pay attention to what if anything comes out of the DPP on this matter and then we will come back to you as it relates to this. Let’s see what exactly happens,” Skelton-Cline stated.


The spotlight has already been on the RVIPF following recent allegations that they were using police vessels to do bar hopping in late January 2022.

Commissioner Collins had said it was a legitimate operation of familiarising colleagues new to the Virgin Islands.

“I can assure you this wasn’t a social event. It was a planned familiarisation visit for some colleagues new on island. And I am very happy and confident about this operation,” Mr Collins told our newsroom.

Collins had also claimed that the officers were doing patrol and several boats were stopped; however, there were questions raised as to why the officers would do such an operation in civilian clothing.