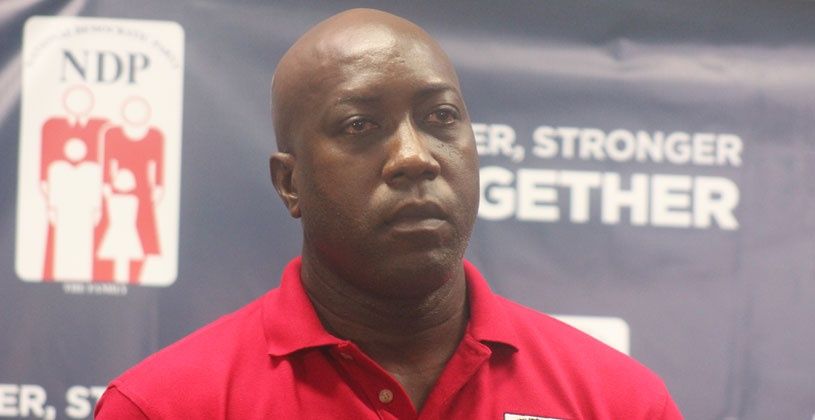 Former Minister for Education Myron Walwyn has denied any misrepresentation of the costing of the Elmore Stoutt High School (ESHS) Wall project that has been a hot topic since 2015.
The project, which was heavily criticized in the past, was again raised by the UK-backed Commission of Inquiry (CoI) when Walwyn, who was the then Education Minister, was testifying on Monday, September 20.

Counsel to the CoI Mr. Bilal Rawat said, according to Ms Lorna Stevens, who was the assistant secretary in the ministry, and interviewed by the CoI back in July this year, she said in summary that: “even before that figure went in, it was appreciated within the ministry, because of the reference to petty contracts in the draft paper that costs would be increasing above $828,000.”

“I did not appreciate at that time how petty contracts would have affected that. At all times, I was of the view that, that $828,000 was, of course was perhaps one person doing the contract, but within the same vein, we had it mentioned that it is going to be done by petty contracts” Walwyn replied.

He continued: “Now that I know better, it should have been thought that it would have affected the contract but at that time, thinking that the figure would have gone over that, I had no knowledge of that because even myself, even the PS being in a conversation we would not have set that paper for $828,000 if we had that knowledge. It would not have been right to do.”

Mr. Rawat then said: “The portion of Ms. Stevens’ evidence that I am taking suggests that there were discussions in the ministry…” but he was cut off mid-sentence by Mr. Walwyn, who replied: “That is Ms. Stevens’ recollection, it is not mine.”

“You do not recollect being in discussions within the ministry, the risks that using petty contracts would take you over $828,000?” Mr. Rawat noted, pressing him further.

The incomplete $1M project was also investigated by the Royal Virgin Islands Police Force following a special report from the Office of the Auditor General.

The audit report stated that the project did not follow government’s Public Finance Regulations. In addition, the report said the ministry produced false information to the Government’s Treasury Department, a claim that Walwyn has shot down.

It is not clear the outcome of the RVIPF investigation after it was completed and handed over to the Office of the Director of Public Prosecution.
#Commission of Inquiry  #CoI