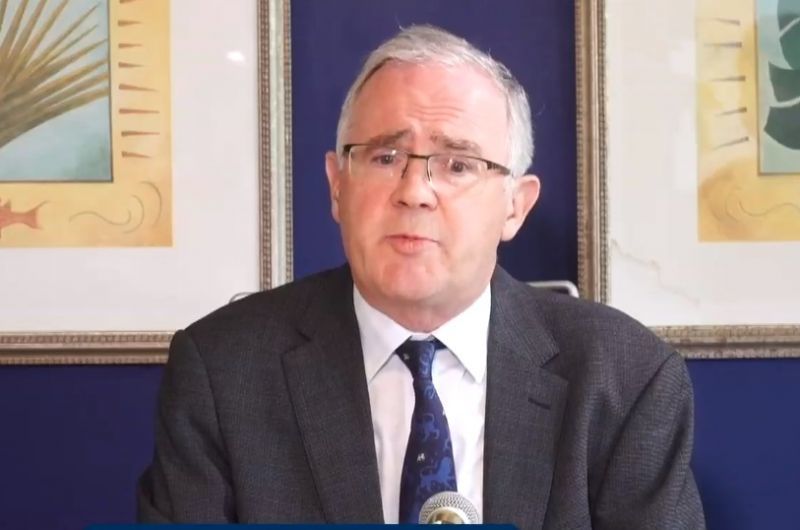 ‘This Governor is a big liar’- Caller on Hot Seat show

The United Kingdom (UK) appointed Governor, John J. Rankin, CMG, continues to become unpopular, not only with the Government of National Unity but among the people of the Virgin Islands.

Many in the Virgin Islands are of the opinion that the Governor, due to the Order in Council giving him the power to suspend the local constitution and return the Virgin Islands under colonialism in this 21st Century, is putting pressure on the Unity Government to carry out his policies and wishes even when they are not deemed to be in the best interest of the Virgin Islands.

Many are also upset that Governor Rankin has not sent home or caused the Police Commissioner, who is also a UK national, to be charged for ‘Breach of Trust’ for the controversial Police in Paradise video, which could potentially harm the reputation of the VI, a tourism and financial services jurisdiction.

Meanwhile, they have argued that it is a case of double standards and hypocrisy that local Najan Christopher was charged by police for carrying out her duties when she wrote a letter indicating that her boss at the time, ex-Premier Hon Andrew A. Fahie (R1), was immune from arrest.

According to Governor Rankin at a press conference on October 19, 2022, no ‘Breach of Trust’ was committed by Mr Collins and the National Security Council (NSC) found an apology by the Commissioner to be sufficient.

‘The Governor was caught in a lie’- Caller

Reporter Zan Lewis was in the process of asking the Governor if Ms Christopher was also given the same privileges as the Police Commissioner, when Mr Rankin cut him off for asking too many questions.

Earlier, Mr Lewis was fielding questions about the Order in Council when he was told by moderator Nia Douglas that he was not allowed anymore.

Before the start of the press conference, Douglas had told reporters they were only allowed two questions per media house.

According to a caller to the Hot Seat on ZBVI 780 AM with Julian Gordon and E. Walwyn Brewley on October 19, 2022, he was happy with the type of questions Zan Lewis was able to put to the Governor and chided the moderator for preventing Mr Lewis from further probing. 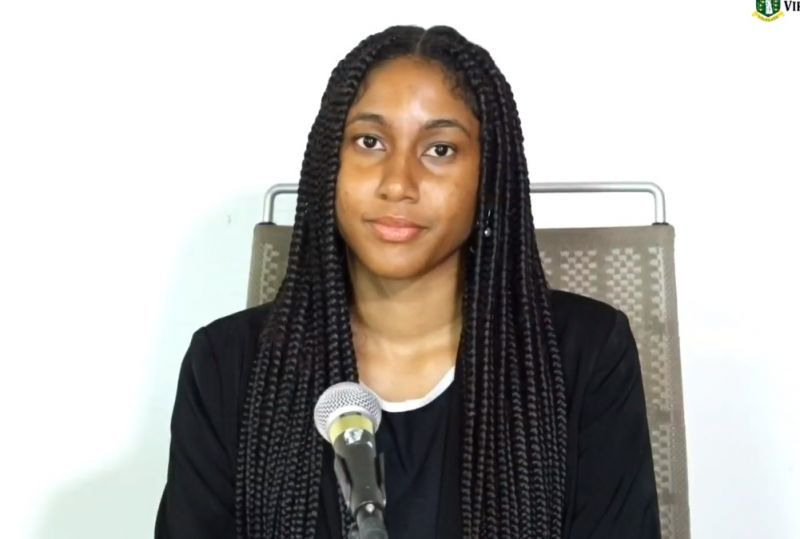 According to a caller to the Hot Seat on ZBVI 780 AM with Julian Gordon and E. Walwyn Brewley on October 19, 2022, he was happy with the type of questions Zan Lewis was able to put to the Governor at his press conference the same day but chided the moderator, Nia Douglas, for preventing Mr Lewis from further probing.

Moderator has done ‘a great disservice’ to VI

“The Governor was caught in a lie from which he was unable to get away from… Mr Lewis continued to press him and press him until he was forced to tell the truth but just before he was able to say anything else a young lady stepped forward and said to Mr Zan no, no, no, please let someone else ask a question now.

“Tonight, I would like to say to that lady, miss please stay out of the business of the people of the Virgin Islands. We're dealing with a very serious situation here. We know well that this governor tells a lot of lies in carrying out his functions. He was sent here by people who tell lies, they have been telling lies over one thousand years and they have ruined many a country, many a country,” the caller stated.

The caller; however, did not point out where exactly he thought the Governor was not being completely honest with the people of the Virgin Islands in his response to questions posed by Mr Lewis.

He was; however, adamant that the moderator of the press conference had done a great disservice to the people of the territory.

“So gentlemen…if you could possibly repeat that that young lady has done a great disservice to the people of the Virgin Islands when we were just getting to the truth of this whole episode and fiasco of the CoI report which as you well know, gentleman and people of the Virgin Islands, not only contain some good recommendations but the governor, this governor, was handed a piece of paper in from the United Kingdom with the listing of things that we have already settled many years ago, laws that were passed in the House of Assembly of the Virgin Islands and laws to which the governor, the British governor, assented to and yet and yet now they want us to change those things,” the caller stated. 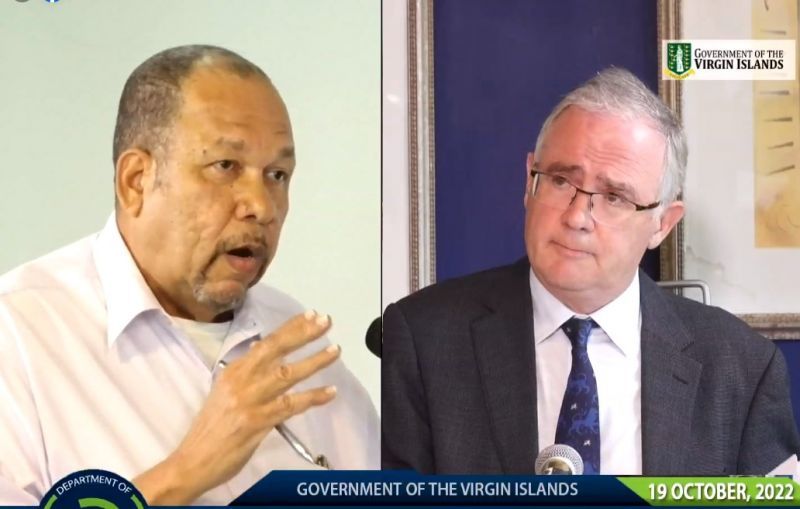 Reporter Zan Lewis was in the process of asking the Governor if Ms Najan Christopher was also given the opportunity to apologise and express her side of the story like Police Commissioner Mark Collins; however, Mr Rankin cut him off for asking too many questions.

The same caller listed that the UK wants to change the laws of the Virgin Islands to redefine who a Virgin Islander is, who has the right of abode in the territory, who can get preference for jobs and even to make homosexuality and same sex-marriages legal in the VI.

He said the Virgin Islands will not allow it and sent a stern warning to the Unity Government of Premier and Minister of Finance Dr the Hon Natalio Wheatley (R7).

“They want us to change all of this and we are not going to do it, no matter what, we’re not going to do it and if this so-called Unity Government think that they are boss over us and they go ahead and enter into all kinds of random information with this governor, who’s a big liar, they have another thing coming.

“They’re cutting short the time and their careers in politics in the Virgin Islands if they were to enter into any kind of arrangement whereby we are going to change our laws to suit these people, these bunch of liars,” the caller stated.