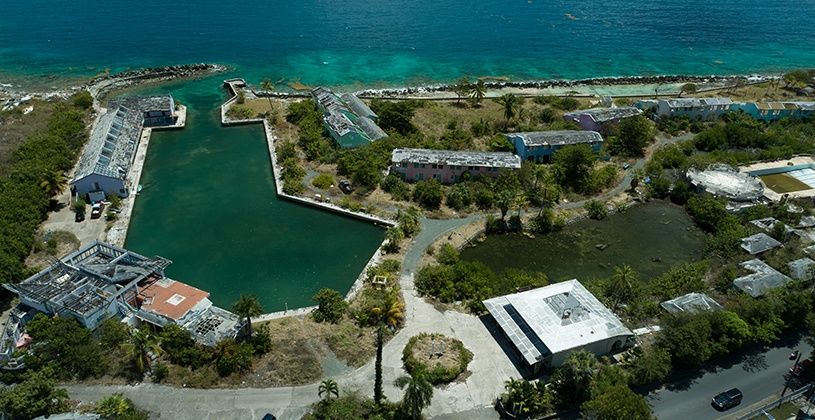 Three months after a management board was given the green light to serve on the hurricane-ravaged, Government-owned Prospect Reef Resort, Premier and Minister for Finance Hon. Andrew Fahie said the board has not been officially appointed.

"The board has not been given their official appointment as yet," he said in response to questions during a recent press conference.

He continued: "There were some legal things that had to be worked out. So it has been approved by Cabinet, but they have not been issued with their appointment letters as yet."

The Premier said this is how the legislation was set up before his administration's tenure in office.

"So the board now has to be in place to deal with all those issues, not the government because and once the board gets in there, it is independent," he added, referring to the run-down facility and whether the Dolphin Discovery would return.

Back in May, Cabinet was held at the Financial Services Commission's Conference Room where it was agreed that Mrs. Tamara Maduro would serve as the Chairman, Mrs. Kenisha Sprauve as the Director, Permanent Secretary in the Premier's Office or Representative as an ex-officio member and the Financial Secretary or Representative as another ex-officio member.

Cabinet also agreed that Mr. Nathaniel Isaac would serve as the Executive Director and Managing Director, Ms. Trisha Evans as a Director.

At that time, the post-Cabinet meeting statement said the Premier's Office would instruct the Attorney General's Chambers to draft the Instruments of appointment for signature.

This new Prospect Reef Management Company Board was expected to serve for a period of two years, with effect from June 1, 2021.

The statement at the time, said that the decision was made in accordance with section 5(2) of the Prospect Reef Resort Management Act, 2005.

Since the 2017 hurricanes battered the territory, the resort has been in a state of disrepair and was never renovated.

The Government of the British Virgin Islands purchased the property and had major plans to redevelop it. previous National Democratic Party (NDP) administration had inked an agreement for some $90 million with ICA (BVI) Group Corp in July 2017 to do just that, but that deal never materialized.

This current regime is now seeking new investors for the facility.