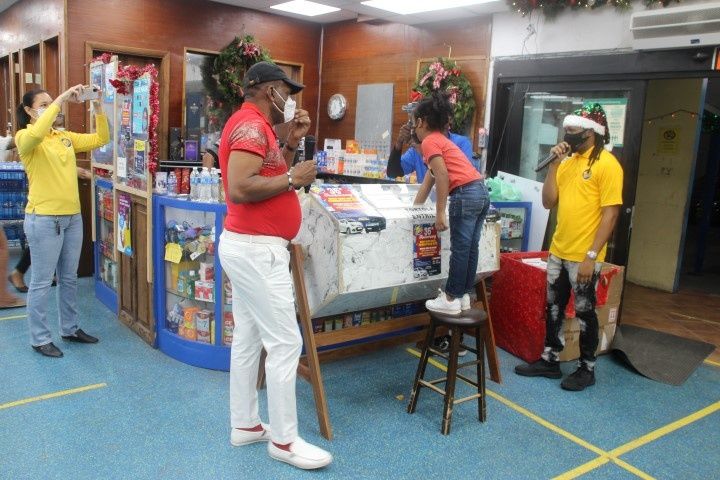 Three residents, including a man from Anegada, won brand new cars in two separate drawings on Christmas Eve, December 24.
The drawing of the first car, an All-New 2022 Hyundai Tucson, was raffled shortly after 9 pm at Delta Service Station in Pasea Estate by the Rotary Club of Central Tortola.

The club’s vice-president, Mr. Gordon French, said prior to the draw that for the first time, the club launched an online portal to facilitate persons purchasing tickets for the draw which was very successful.

He said the raffle was a fundraiser that would enable the club to undertake important community projects in the New Year in areas of education, health, and youth entrepreneurship.

One was won by Lester Butler from East End, Tortola and the other was won by Terri Maduro from Anegada.

The winners of the car raffles were not present during the time of the drawings, but they were contacted via telephone.

“Oh my goodness! This is so unexpected and a fabulous surprise!” Ms. Jervis said when contacted by members of the Rotary Club.

Meanwhile, the One Mart Winners were also pleased for their major win moments before Christmas.

Mr. Butler said he was a frequent shopper at One Mart and while he had a vehicle, “It was breaking down all the time.”

The elated winner said he was in bed when he got the telephone call by Hon. Mark Vanterpool, informing him of his win.

In the meantime, the second car went to Mr. Maduro in Anegada.

“I feel great," he told Hon. Vanterpool over the telephone when he heard the news.

He said he too is a frequent shopper and was pleased by the win.

He will receive the blue car, while the white will go to Mr. Butler on Tortola.

To qualify, shoppers had to spend $50 or more for a chance to win the brand new cars.