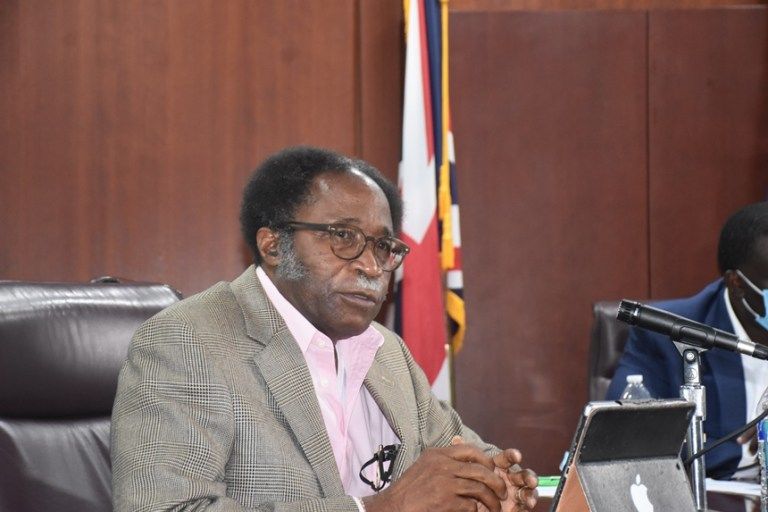 Too many exemptions and disqualifications for jurors — Fraser

Opposition Leader Julian Fraser has suggested that there may be too many exemptions and disqualifications preventing persons from serving as jurors in trials before the High Court.

The Third District Representative’s statement came as legislators debated the provisions of the proposed Jury Act, 2022, and in the wake of concerns expressed in the courts and before the Commission of Inquiry (COI) that the current jury pool is too small.

Fraser argued that there are some 13,500 registered voters in the territory from which the current jury pool is drawn. He appeared perplexed that even with this number, there was difficulty in finding jurors for trials.

“When you look at the persons who are being exempt from serving as jurors, you start asking yourself the question, are they serious? Do they really want persons to serve with all these disqualification and exemptions?”

Among the disqualifications for persons serving on the jury pool that Fraser pointed to were persons who served a prison sentence of 12 months or more.

In the legislation, bad character referred to a person who has evidence of or a disposition towards misconduct. But Fraser complained that this was particularly subjective. “Something like that is so subjective, that you can just look at people and disqualify them and you don’t have to give any explanation. So no wonder they are having a problem [finding jurors],” Fraser said.

He also took aim at the bankruptcy clause.

“It’s just a person who somehow failed in their business. Why is bankruptcy being treated as such a big crime?” Fraser questioned. “[You] can’t run for public office if you’re bankrupt. Somebody need to explain to me what this stigma is all about when it comes to bankruptcy. Big corporations are filing for bankruptcy and they have a tonnes of employees.”

According to Fraser: “Before we (legislators) just look at this bill before us and approve it or pass it based on a request that is being made, we need to ensure the persons who are charged with the responsibility of creating the pool are exhausting the categories that are available to them.”