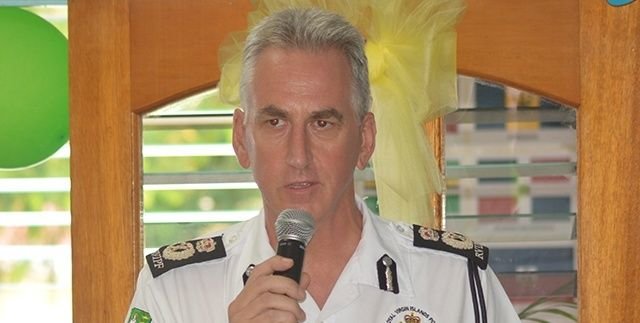 Premier and Minister of Finance, Hon. Andrew Fahie has expressed reservations that the current job advertisement for the post of Commissioner of Police of the Royal Virgin Islands Police Force (RVIPF) may be tilted in favour of a United Kindom (UK) applicant.
Warning of a 'battle larger than people can imagine', the Premier told the House of Assembly on Tuesday, September 6 thay he has been fighting to ensure that the creteria allows for a balance.

The post of Commisisoner has been advertised as the tenure of Michael Matthews, a UK national, comes to an end.

"It seems to me there is an intention to only have that post filled by somebody from the UK all the time and we have been saying in the police force that they are developing people to come up through the ranks. Now when you saw the criteria you realize that its a slanted thing through the criteria to make sure again that it is only somebody from up there be the Commissioner of Police," Hon. Fahie stated.

The Premier added, "That happened to our people and I must sit down as premier and see these things and don't continue to fight for the people of the Virgin Islands. If Noel Lylod had that kind of mentality we would not have Wickhams Cay."

The BVI has not had a Commisisoner of Police from within its own ranks since Reynell Frazer, a local, retired in 2012.

Accoridng to the job ad posted on the Government's website, the succesful candidate will be provided with a n initial three-year contract. The person will be tasked with ensuring that the RVIPF complies with all legal requirements, that crime prevention and detection is at the forefront of the RVIPF service delivery and that modernisation programmes are established to support the welfare and safety of all personnel.