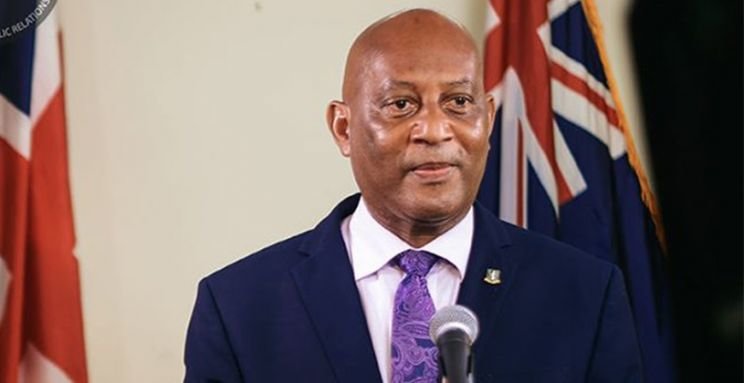 While stating that the resentment is real, Minister for Natural Resources, Labour and Immigration, Hon. Vincent Wheatley has assured locals that feeling indignant towards expats is ‘totally unnecessary.’
Hon. Wheatley was at the time responding to an account of Bishop Paul Ricketts, a resident of Virgin Gorda who claimed that he was treated harshly by an Immigration Officer when he went to extend his time in the territory 26 years ago.

“What I had seen over the years, the local persons used to feel, more than now, very resentful of other persons coming into the territory who are not from the territory because a lot of times they kind of felt threatened that persons are going to come and persons are going to get a better footing through favours and whatever and advance beyond the local person,” the Minister said via a social media forum on Sunday, September 27 2020.

The Minister added, “That resentment is real and it created some insecurities among some persons, and even today you find that some locals are still resentful of outsiders and the outsiders not understanding why they are resentful, plays back a similar attitude towards the local person. And, it’s totally unnecessary, there should be no insecurities or resentment anywhere.”

The Minister noted that the BVI would be built on imported labour “no matter what we do,” he said, referring to his Government’s attempt to localize the workforce more.

Bishop Ricketts said when he arrived as a visitor, the treatment was ‘wonderful’ however, deciding to stay was ‘a little bit different.’

He explained that when he went to the Immigration Department “how I was treated if I didn’t have a stronger personality, I would have left then.”

He continued, ‘I said to the young lady, I left Jamaica and I am not on the most wanted list down there. It’s not like I am running from Jamaica; I didn’t commit a crime. And she went on and bash me to the point where I had to put my foot down and stop her. We are human; we are decent people.”

Bishop Ricketts said the territory has come a long way in that regard.

“That was 1994, I am here now for 26 years, and I have seen great and massive changes taking place where Immigration and welcome teams are concerned. I am glad to see we have shifted away from the hostility that some persons brought to the job, to the point where people are more civil to each other because while immigration is to enforce the laws, and I don’t have a problem with that, but I believe that we can enforce the laws and be nice, and be decent, than talking to down to a person and treating a person as if they are less than,” the Bishop stated.