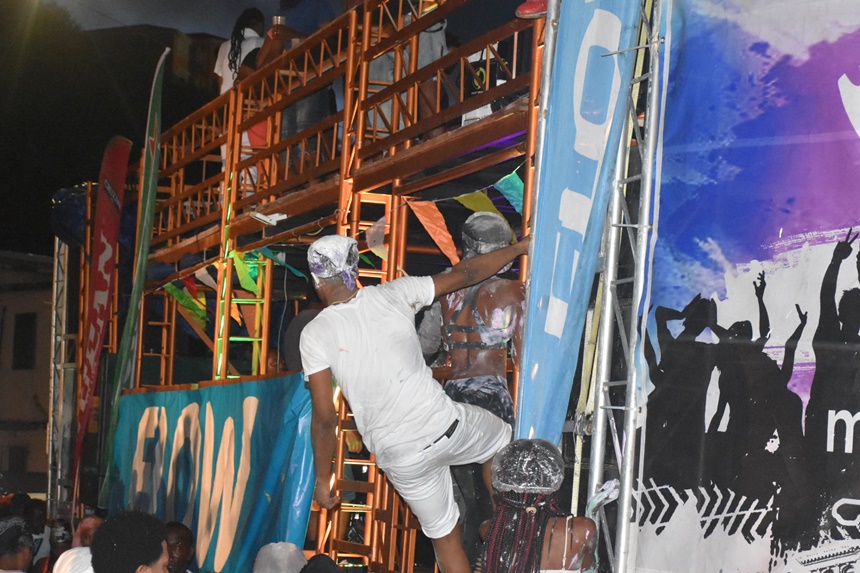 The Virgin Islands Festivals and Fairs Committee (VIFFC) said water sports and tramp will be reintroduced to this year’s festival line-up; however, there will be a Calypso Review instead of a competition.

Speaking at a press conference yesterday, the VIFFC’s head of the entertainment, Stuart Donovan said there will be a warm-up tramp on July 22. He noted the event is a tradition in the Virgin Islands and residents can look to see them on the road.

“It is a historical event that happens around festival where we have our bands on the road and we are bringing them back this year — that is ABM (All About Music), and they are going to be on the road. It will be from Purcell to the festival village. It is also in the form of a fundraiser and fun awareness. Just getting everybody back into the festival grove,” Donovan said.

Head of the VIFFC, Dirk Walters noted that after a long hiatus, water sports will make its long-awaited comeback to the Festival calendar.

“I want to make note of an activity that we use to have many years ago that we brought back, and it is water sports. Also known as aquatic sports. What we did this year was incorporate it into the Carrot Bay Cultural Day activities that are on Friday, August 5. We are going to have water sports, the swimming races and all these other things,” Walters said.

“As you know that event used to be held here in Road Town, but issues have prevented that from happening. There is an issue with the Sargassum seaweed at the Road Town Jetty and the water quality. Safety is always our priority, and it ties back in perfectly with the cultural activities. As I said, that is part of our unique identifier as a culture. We are excited to have that back,” he added.

Meanwhile, Donovan noted that because of circumstances beyond the committee’s control, the Calypso competition cannot go ahead as usual.

“We are still trying our best to maintain that and have a calypso event. It is not a competition. We will have some old songs and some new songs on July 23. Once again, this also will be dubbed as a festival warm-up pre-launch. It will be in the festival village, there will be food and drinks on sale, but regular booths will not be open only festival booths because it will be a fundraiser and a pre-event. After the Calypso review, we are going to have entertainment by Xtreme Band, entertainment by Vibe and My Glove and also performing will be Destra Garcia,” Donovan said.

Meanwhile, Lynette Harrigan from the BVI Tourist Board confirmed that a parade will go ahead this year.

“It might not be as big as years gone, but we will be having the parade,” she noted.

“There is still time for folks to sign up. There will be no entrance fee. We are working with the community. Depending on how many troupes, we will start at the Government House and come up and the start time is at 1 pm. We do have a few troupes already signed up and even troupes from St Thomas and St John have expressed interest in coming. The parade is one and we already have several troupes ready to hit the road on August Monday,” Harrigan said.