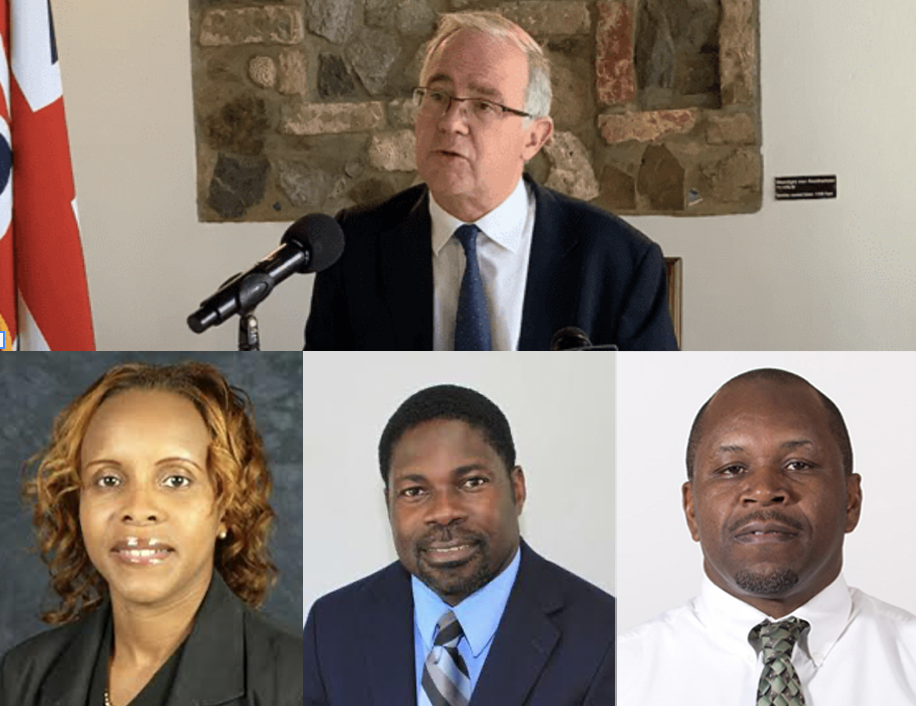 Governor John Rankin has appointed three individuals to lead reviews in three areas of concern surrounding government processes outlined in the Commission of Inquiry recommendations.
The recommendations by Commissioner Sir Gary Hickinbottom had indicated there must be reviews into the discretionary powers of public officials, the disposal of Crown lands, and House of Assembly members contracting with the government, among other things.

In a recent press conference, the Governor indicated that people have been selected and appointed to review the processes in these areas.

“I am pleased to say these reviews will be led respectively by Ms Anthea Smith, Mr David Abednego and Mr Denniston Fraser,” Governor Rankin said.

Smith has been an attorney-at-law in the Virgin Islands for more than two decades and she was appointed by former Governor Augustus Jaspert to the Judicial and Legal Service Commission back in 2019.

Adednego is the Managing Partner of Harbour Chambers BVI. He spent 11 years in the BVI Financial Services Commission as the Deputy Director and Director of the Insolvency Services Department. He also specialises in BVI property law with great emphasis on residential property and raw land acquisition and disposal.

Fraser, in the meantime, is a former Managing Director of the BVI Airports Authority. He retired in 2019. Fraser is also a practising attorney in the territory.

In addition to the appointments, the governor also announced that the Public Service Management Code is close to being finalised.

“This will be followed by a period of consultation with the public service, and I hope shortly thereafter to be able to sign the new Code into effect,” Governor Rankin said.
#Commission of Inquiry  #the Virgin Islands  #Hickinbottom  #John Rankin  #CoI