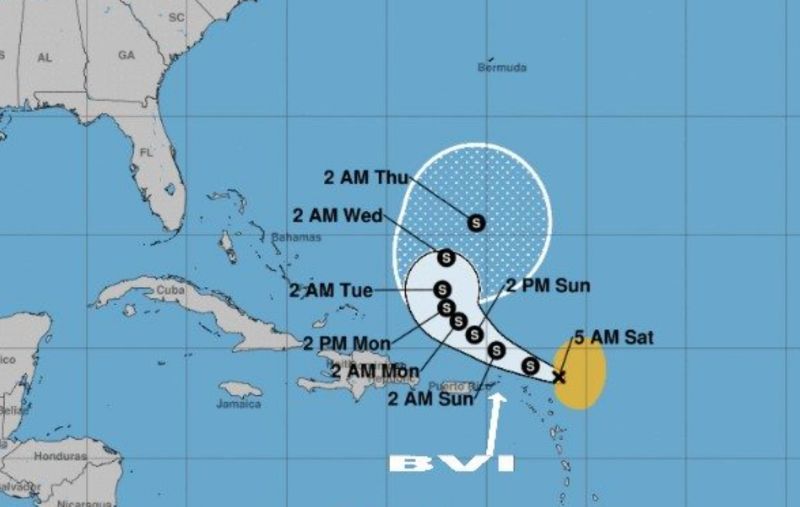 A Tropical Cyclone Alert remains in effect for the Leeward Islands and the British Virgin Islands according to the BVI Department of Disaster Management (DDM).

A tropical cyclone alert means that, in this case, a tropical storm is in our monitored area of concern but a watch or warning is not required, at this time as there remains some level of uncertainty to the eventual strength, track and size of Tropical Storm Earl.

The cyclone poses a minor threat with the potential to cause limited impacts from storm-force winds and high seas nevertheless, persons should be prepared to implement their hurricane disaster plans at very short notice should the need arise. 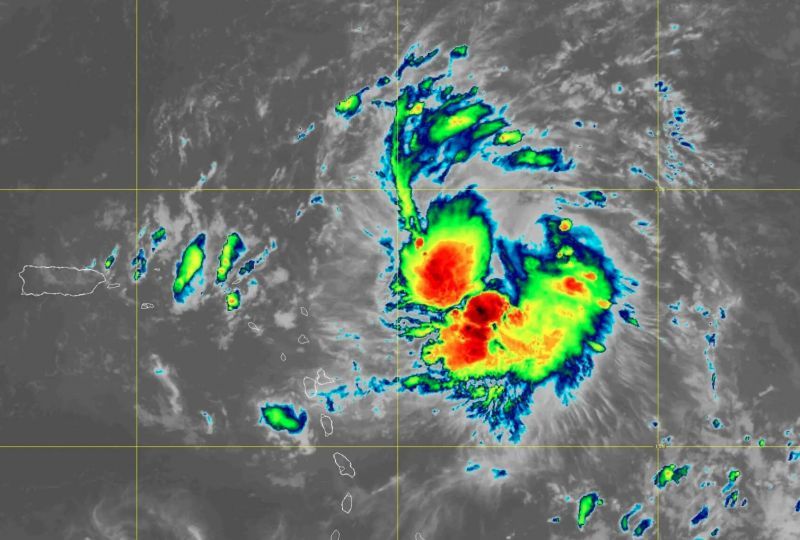 Tropical Storm Earl formed late Friday night and was expected to drench the Leeward Islands, Virgin Islands and Puerto Rico through the weekend.

Maximum sustained winds are near 40 mph (65 km/h) with higher gusts. Some slight strengthening is possible during the next few days.

Presently, tropical-storm-force winds extend outward up to 175 miles mainly to the north and east of the centre. The threat level at this time is elevated particularly for Anguilla; however, storm force winds are not expected to impact the area. Notwithstanding, any southward shift of earl’s centre would increase the threat of tropical storm-force winds reaching at least some of the islands.

Earl is expected to produce total rainfall amounts of 1 to 4 inches, with isolated totals of 6 inches, across parts of the Leeward and British Virgin Islands through this weekend. Minor flash flooding is expected.

Strong gusty winds, especially in squalls, are also possible across portions of the leeward islands and the virgin islands. Additionally, swells from this system could produce hazardous marine conditions for beach-goers during the weekend.

Residents are urged to monitor tropical storm earl closely and be prepared to take quick action to implement their hurricane plans, if called upon to do so. The threat is minor, at this time, but it could increase.