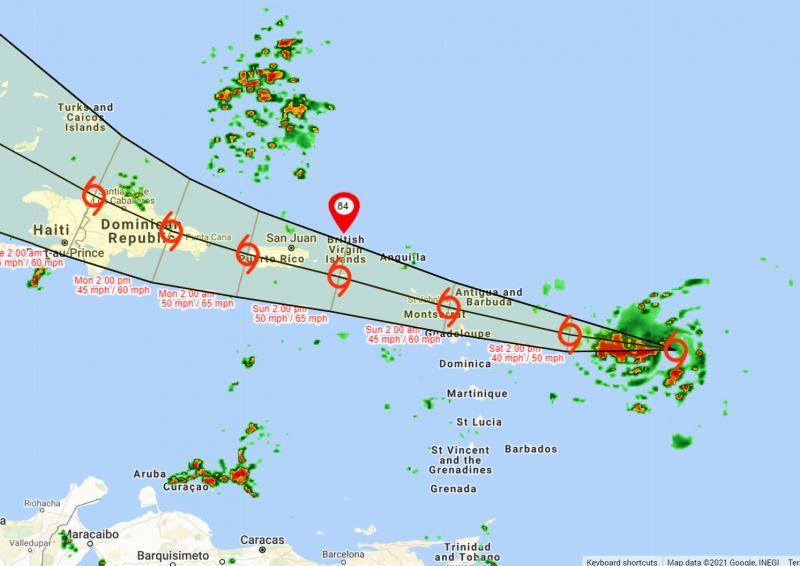 As the Virgin Islands (VI) continues to be on a Tropical Storm watch as a result of the potential dangers of a tropical system moving across the Caribbean, Tropical Cyclone seven has now strengthened to Tropical Storm Grace.

This is according to information coming out from the Virgin Islands (VI) Department of Disaster management which stated that as of today, Saturday, August 14, 2021, data show that Tropical Storm Grace has more than 40mph winds. 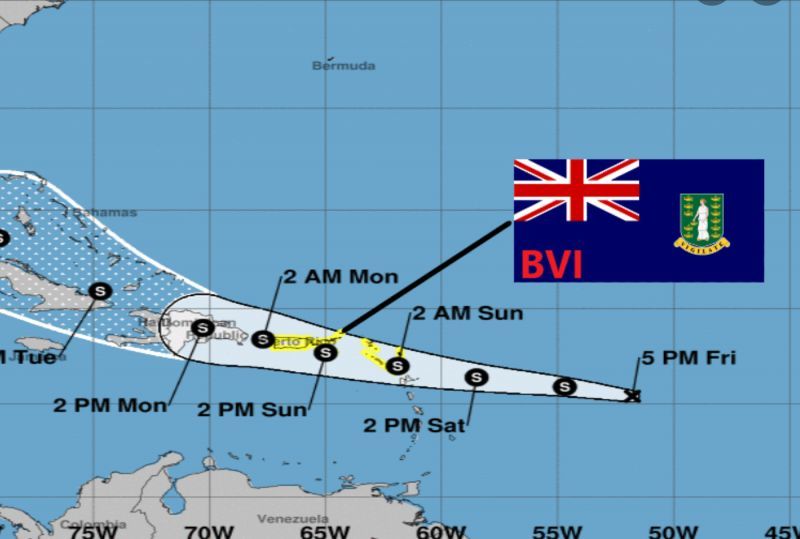 The Virgin Islands (VI) has been placed on a Tropical Storm watch as a result of the potential dangers of Tropical Cyclone Seven as it gradually approaches the Territory.

Storm expected over VI on Sunday

On the current forecast track, the center of Grace is expected to move over the Leeward Islands Saturday night, the Virgin Islands and Puerto Rico on Sunday, and the Dominican Republic on Monday.

Tropical Storm Grace became the seventh named storm of the season on Saturday.

Weakening is expected early next week as the system interacts with the Greater Antilles CNN has reported.