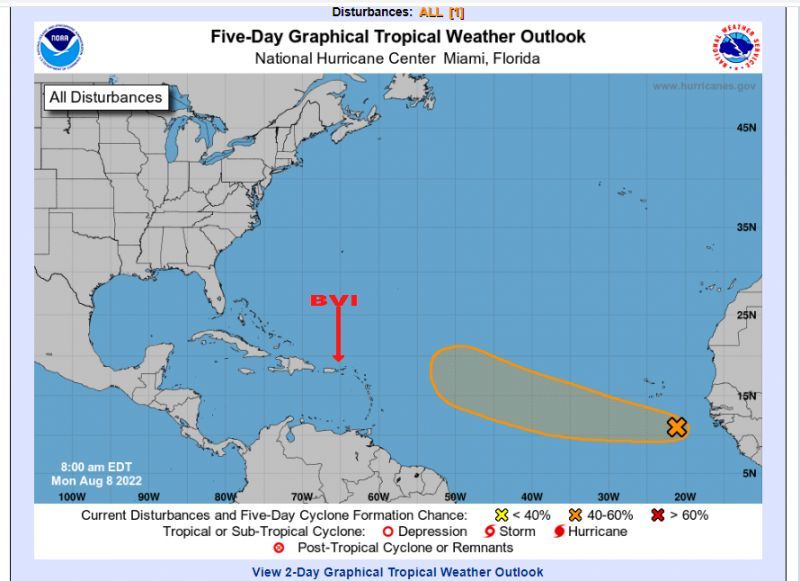 The National Hurricane Centre (NHC) is reporting that a large area of disorganised showers and thunderstorms over the far eastern tropical Atlantic south of the Cabo Verde islands is associated with a tropical wave.

It said, in an update today, August 8, 2022, that environmental conditions appear generally conducive for gradual development of this system while it moves westward to west-northwestward at 15 to 20 mph across the eastern and central tropical Atlantic.

According to the NHC, a tropical depression could form around the middle to latter part of this week. 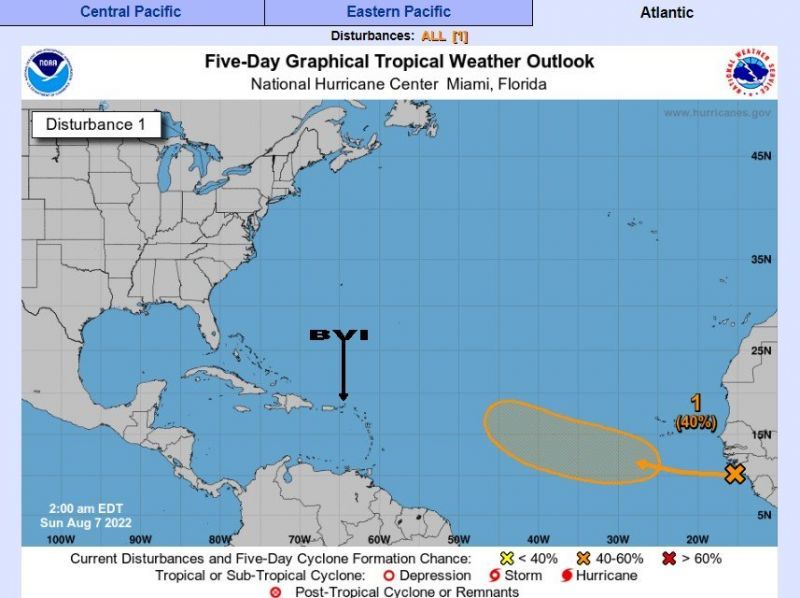 According to the National Hurricane Centre (NHC) in its Atlantic Tropical Storm update today, Sunday, August 7, 2022, a tropical wave located near the west coast of Africa is producing disorganized showers and thunderstorms over the far eastern tropical Atlantic.