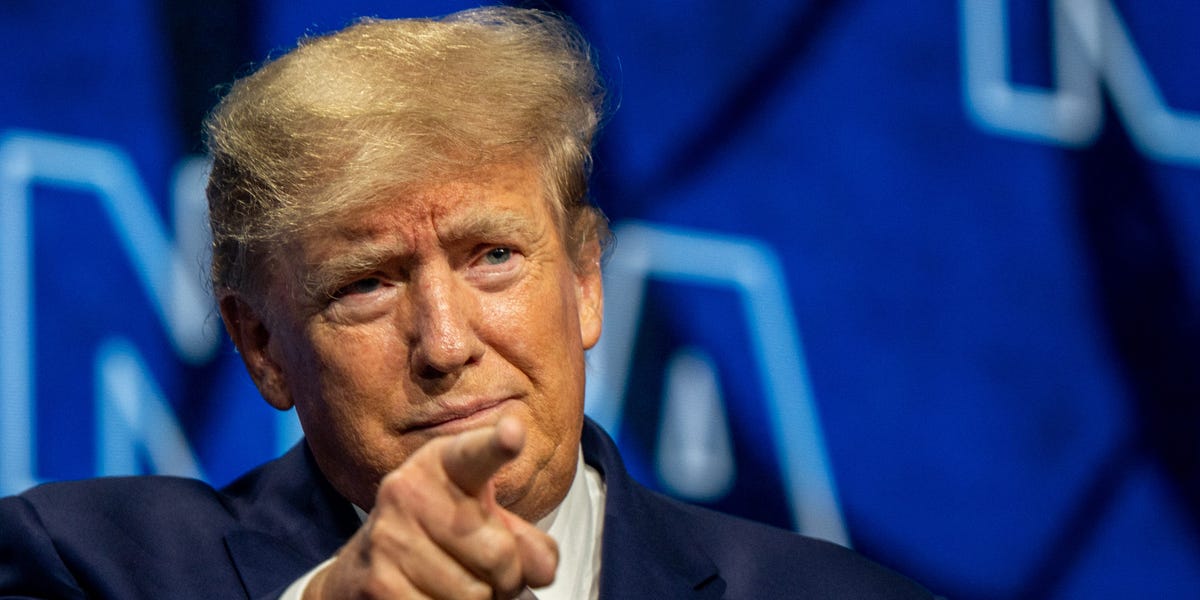 "When they do well, I won't be given any credit and if they do badly, they will blame everything on me," Trump said in an interview with NewsNation.
Former President Donald Trump said in a new interview on Tuesday he should "get all the credit" if the slew of GOP candidates he endorsed win big in the 2022 midterm elections — but also said he shouldn't be blamed if they don't come out on top.

"I think if they win, I should get all the credit, and if they lose, I should not be blamed at all," Trump told NewsNation during an interview on Tuesday when asked how much he thinks Republicans' victories or losses in the midterms will be because of him.

Trump added, "But it'll probably be just the opposite."

"When they win — I think they're going to do very well — I'll probably be given very little credit even though in many cases I told people to run, and they ran and they turned out to be very good candidates," Trump said.

The former president continued, "But usually what would happen is when they do well, I won't be given any credit and if they do badly, they will blame everything on me."

"So I'm prepared for anything, but we'll defend ourselves," said Trump during the interview, which will air in full on Tuesday night at 6 pm ET.

Speculation that Trump and DeSantis could both announce their candidacy to be the Republican presidential nominee in 2024 has ramped up in recent weeks.

At an Ohio campaign event on Monday, Trump once again teased a possible 2024 bid for the White House and added that he has a "big announcement" planned for November 15 at his Mar-a-Lago resort in Florida.

"I think Tuesday will be a very exciting day for a lot of people, and I look forward to seeing you at Mar-a-Lago," Trump said Tuesday after casting his vote for DeSantis.
#Donald Trump