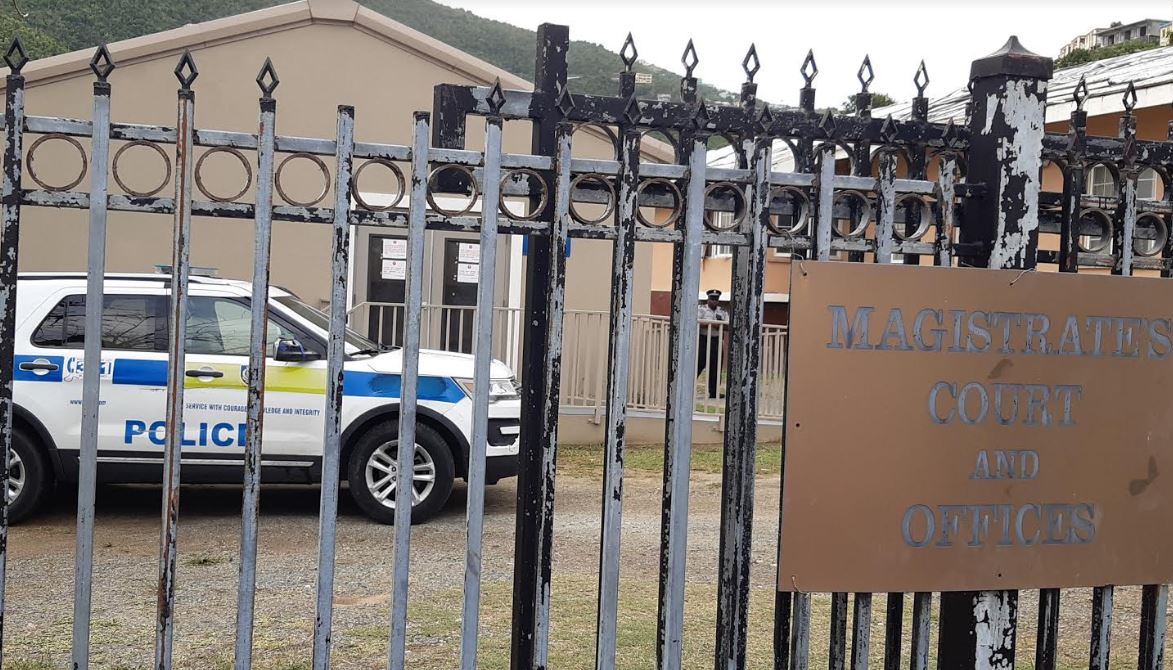 Two more held for illegal entry! Claim they got approval from ‘local agent’

Two more persons have been apprehended for illegally entering the British Virgin Islands. Charged with illegal entry and violation of an immigration ordinance are 35-year-old Bahamian, Kadren Knowles and 36-year-old Grenadian, Kybian Joseph.

The duo pleaded guilty when they appeared before the Magistrate’s Court on Friday, September 4.

The court heard that on the day in question, members of the multi-agency task force were patrolling on land when they spotted a vessel on the sea in the vicinity of Little Thatch Island. It was reportedly travelling easterly towards Road Town.

Officers reportedly witnessed the vessel arrive at the Ashely Ritter dock in Road Harbour so the law enforcers immediately proceeded to the location.

Upon arrival, the officers reportedly observed a white fishing vessel with two persons on board.

The men were reportedly asked to identify themselves, the court heard. Knowles said he was the captain and Joseph was identified as the crew member.

The officers asked the men their point of origin. The offenders indicated they came from the Bahamas, sailed to the Dominican Republic and then to Puerto Rico. From there they sailed to the territory, the court heard.

The men claimed Grenada was their final destination.

During the conversation, the men said they contacted an unnamed agent in the BVI who said they could refuel and stock up on supplies to continue their journey.

Asked if they were aware the borders were closed, Knowles reportedly said: “Yes, I am aware but we still came because our agent told us that it would be ok for us to come.”

Asked if they had received permission to enter from an Immigration officer, they replied ‘no’.

They were subsequently instructed to sail their vessel to the police marine base and were later charged.

The court heard that investigations are still ongoing in relation to the ‘agent’ that was mentioned earlier.

In the meantime, their attorney Stephen Daniels told the court it was necessary for his clients to stop for fuel and food supplies given the length of their journey.

He further informed the court that the owner of the vessel had contacted the local agent who arranged to pay ‘Immigration fees’, among other things.

Daniels said the so-called agent collected $2,800 from his clients. Evidence of the transaction came in the form of a letter and Western Union receipts; all of which were submitted to the Crown.

He said the agent also confirmed via WhatsApp messages that the offenders could come to the BVI.

He said his clients “are innocent parties” because of the misrepresentation of the agent. The defence attorney said it is a fitting case for a non-custodial sentence or even a suspended sentence.

He then asked the court not to record a conviction in the matter because that would have adverse effects for the men. Knowles and Joseph were subsequently remanded for quarantine purposes and will be tested for COVID-19.

They are scheduled to return for sentencing on September 22.