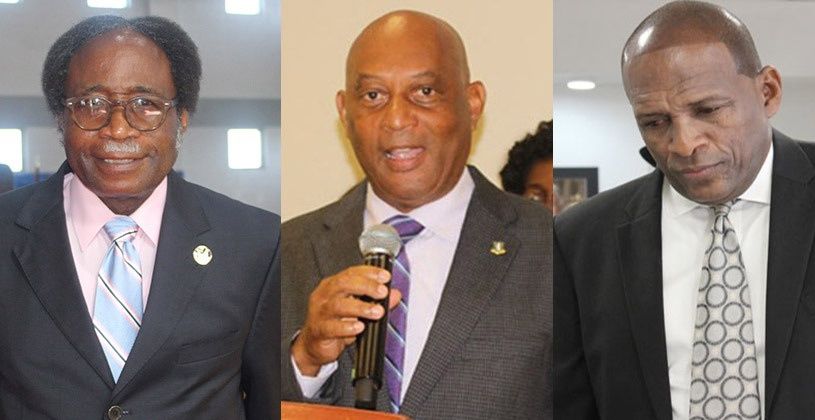 Two members of the Opposition and one member of government have agreed to sit on the select committee to determine whether taxpayers should pay Speaker Hon. Julian Willock’s legal fees associated with his failed court bid against the three lawyers for the UK-backed Commission of Inquiry (CoI).

This was following the passage of the controversial Motion late last night, November 4.

Premier and Finance Minister Hon. Andrew Fahie at the end of the debate informed the House that these members agreed to sit on the committee.

Opposition Leader and NDP Member, Hon. Marlon Penn had made it clear that he will not support the Motion and will not sit on the select committee.

The Motion received a total of five Members in support, two against and five absent Members.

In fact, of the 13 elected members of the House, only three members have publicly spoken out against the Motion-Hon. Penn, Hon. Turnbull and government Junior Minister Hon. Shereen Flax-Charles.

Also of interest, Hon. Flax-Charles had voted in support of a counter Motion by Opposition Leader Hon. Penn. However, that Motion was defeated.

Hon. Turnbull during his contribution to the debate of the Motion had indicated that, ‘this is a real decision, and it will go down under the names of each and every Member that is present’.

“Because when it comes down to vote you are going to have to pick a vote on it and we are going to see whether you are a man or a mouse. Because at the end of the day you are saying if you are willing to support this or even send it to a committee, you are willing to go against the voice and will of the people,” Hon. Turnbull said.

There has been public outcry and protest over the matter along with a petition against the Motion that garnered over 1,200 signatures.