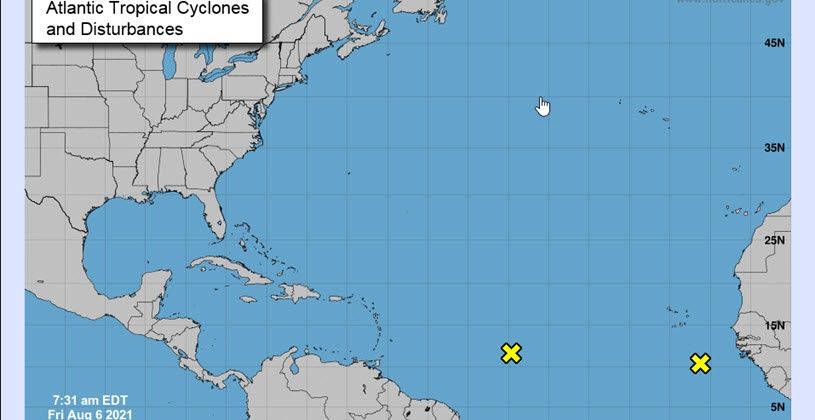 As the peak of the Hurricane Season draws closer, residents have been called on to elevate their level of preparedness in the eventuality of a storm or hurricane impacting the British Virgin Islands. This advice comes from the Department of Disaster Management (DDM)’s Acting Director, Mr. Jasen Penn.
According to a government issued press release, Mr. Penn explained that there are presently two potential systems “brewing in the Atlantic basin”; and while there have not been any named storms since Hurricane Elsa, the month of August marks the move into the height of the season.

“This is the time of the season when sea surface temperatures are very warm, and we are far more likely to see systems develop into named storms and even hurricanes. Everyone throughout the region should be monitoring conditions closely and carrying out their final preparations for the season,” Mr. Penn explained.

He said preparations should include persons downloading the DDM App for weather alerts, ensuring that their emergency supply kit is well stocked, inclusive of face masks and hand sanitisers, identifying a safe area in the home, ensuring that properties are secured and the like.

“While the low level of activity in July has led to a slight downgrade in overall predicted storm activity for this season, 2021 is still anticipated to be an above-average hurricane season, according to the August 5 forecast report from the Colorado State University Tropical Meteorology Project,” the release said.

It added: “The August forecast anticipates 17 named storms, compared to the average 14. The forecast further calls for the formation of eight hurricanes, including four major hurricanes, compared to the average seven hurricanes and three major hurricanes. Forecasters cited several factors as contributors to elevated storm activity, including above-average seas surface temperatures in the subtropical Atlantic paired little to no storm-inhibiting El Nino this year.”