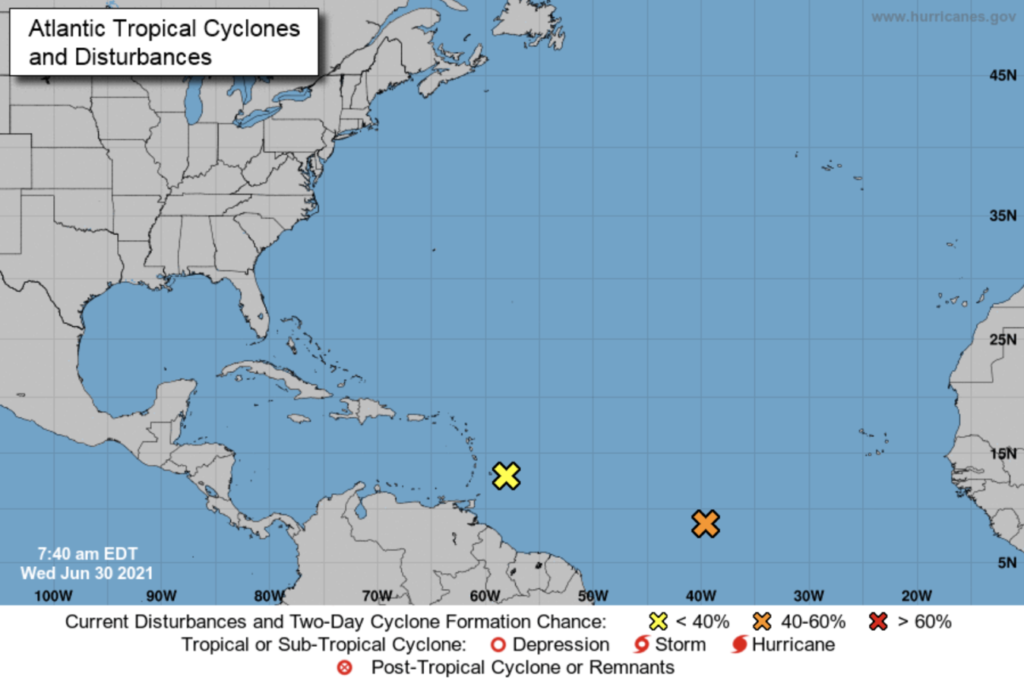 Two weather systems have formed in the Atlantic and one will likely be moving through the region (the Windward and Leeward Islands where BVI is located) on Friday.

According to the US National Hurricane Centre (NHC), the first of those systems is a broad area of low pressure associated with a tropical wave.

“This system is producing a large area of showers and thunderstorms that continues to show some signs of organisation,” the Hurricane Centre said at 8 am on Wednesday.

“Environmental conditions appear generally favourable for development, and a tropical depression is likely to form during the next few days while the system moves west-northwestward at about 20 mph.”

Countries such as the BVI are advised to monitor this system.

Meanwhile, the second weather system is said to be less organised with a considerably lower chance of development.

“Disorganised showers and thunderstorms continue in association with a tropical wave located just east of the Lesser Antilles. Significant development of this system is unlikely while it moves quickly westward to west-northwestward at 20 to 25 mph, passing through the Lesser Antilles today and then across the eastern and central Caribbean Sea later this week,” the NHC stated

“Regardless of development, this system could bring locally heavy rainfall to portions of the Lesser Antilles during the next day or two,” it added.