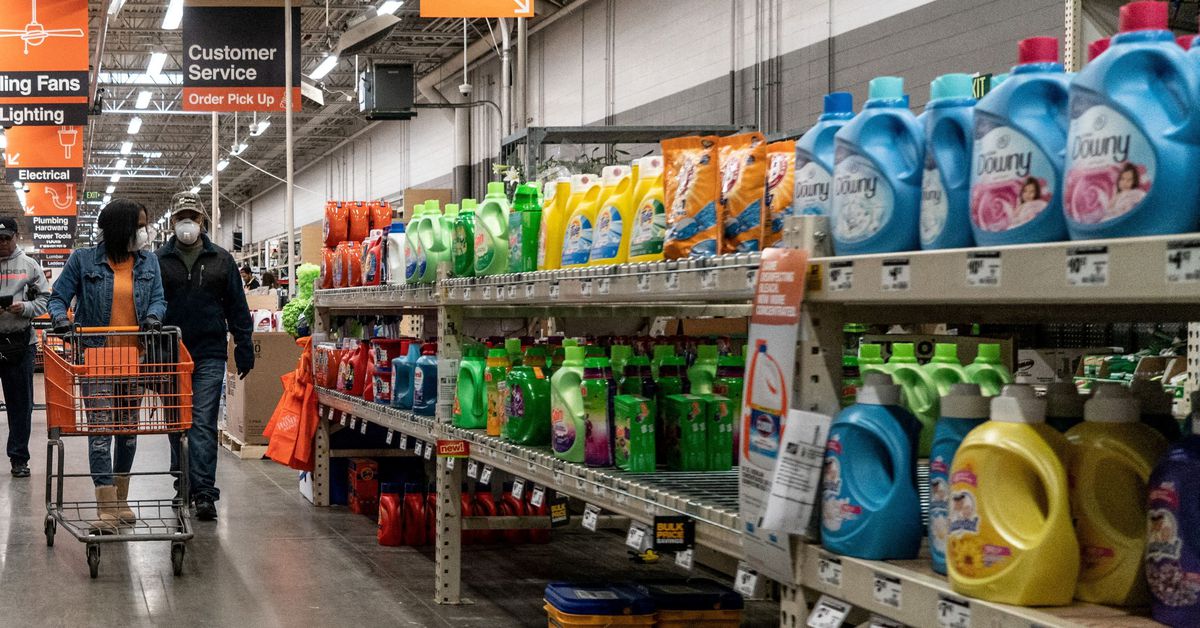 U.S. consumer prices increased solidly in December as rental accommodation and used cars maintained their strong gains, culminating in the largest annual rise in inflation in nearly four decades, which bolstered expectations that the Federal Reserve will start raising interest rates as early as March.

The report from the Labor Department on Wednesday followed on the heels of data last Friday showing that the labor market was at or near maximum employment.
Fed Chair Jerome Powell on Tuesday said the U.S. central bank stood ready to do what was necessary to keep high inflation from becoming "entrenched," in testimony during his nomination hearing before the Senate Banking Committee for a second four-year term as head of the bank.

The high cost of living, the result of snarled supply chains because of the COVID-19 pandemic, is a political nightmare for President Joe Biden, whose approval rating has taken a hit.

"The Fed is going to be forced to begin raising rates in March and depending on the political pressure on them – from both sides of the aisle – they are going to have to raise rates four or more times in this year and potentially more than that next year," said Chris Zaccarelli, chief investment officer at Independent Advisor Alliance in Charlotte, North Carolina.

The consumer price index rose 0.5% last month after advancing 0.8% in November. In addition to higher rents, consumers also paid more for food, though the 0.5% increase in food prices was less than in the prior three months. There were big gains in the prices of fruits and vegetables, but beef prices fell 2.0% after recent sharp gains.

Consumers also got a respite from gasoline prices, which fell 0.5% after rising 6.1% in both November and October.

In the 12 months through December, the CPI surged 7.0%. That was the biggest year-on-year increase since June 1982 and followed a 6.8% rise in November.

President Biden said virtually every nation was afflicted with inflation as the global economy recovers from the pandemic.

"This report underscores that we still have more work to do, with price increases still too high and squeezing family budgets," Biden said in a statement.

Inflation is well above the Fed's flexible 2% target. It is also being lifted by budding wage pressures as the labor market tightens. The unemployment rate fell to a 22-month low of 3.9% in December. Markets have priced in an about 80% chance of a rate hike in March, according to CME's FedWatch tool.

Economists say the broad nature of inflation appears to have caught Fed officials off guard. There are concerns that inflation expectations could become entrenched and compel the Fed to aggressively tighten monetary policy, potentially causing a recession.

"This is the first time the Fed has chased instead of trying to preempt a nonexistent inflation since the 1980s," said Diane Swonk, chief economist at Grant Thornton in Chicago. "Brace yourselves."

Stocks on Wall Street were trading higher amid relief that the increase in prices was as expected. The dollar fell against a basket of currencies. U.S. Treasury prices rose. 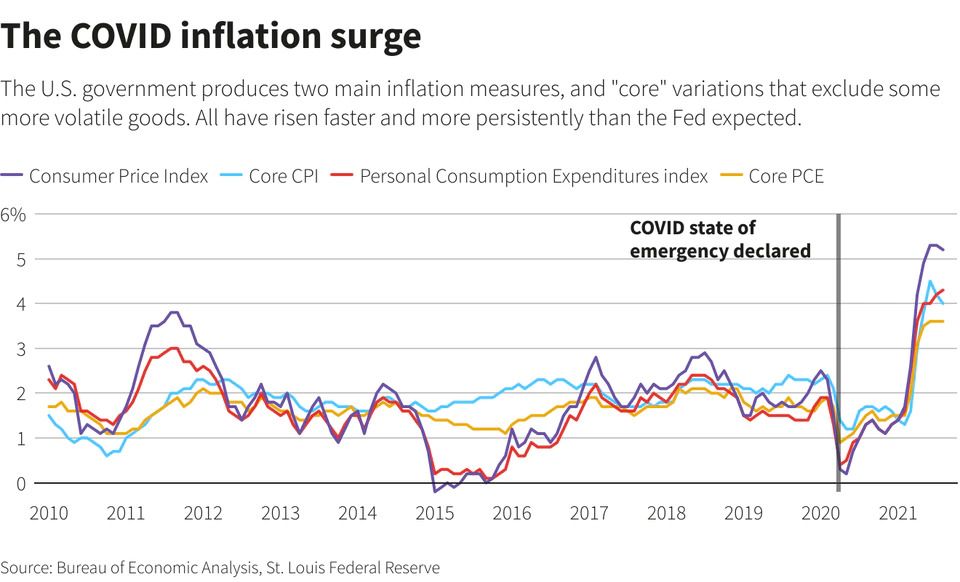 Economists believe the year-on-year CPI rate probably peaked in December or will likely do so by March. There are signs that supply bottlenecks are starting to ease, with an Institute for Supply Management survey last week showing manufacturers reporting improved supplier deliveries in December.

But soaring COVID-19 cases, driven by the Omicron variant, could slow progress towards normalization of supply chains.

Excluding the volatile food and energy components, the CPI increased 0.6% last month after rising 0.5% in November.

The so-called core CPI was boosted by rents, with owners' equivalent rent of primary residence, which is what a homeowner would receive from renting a home, rising a solid 0.4% for a third straight month.

Prices for used cars and trucks accelerated 3.5% after increasing 2.5% in each of the prior two months. The surge likely reflects Hurricane Ida in late August and early September, which destroyed thousands of motor vehicles among other property.

There were also increases in the prices for airline tickets, personal care products and tobacco. But the cost of motor vehicle insurance fell again as did recreation. Communication prices were unchanged.

In the 12 months through December, the so-called core CPI accelerated 5.5%. That was the largest year-on-year gain since February 1991 and followed a 4.9% advance in November. The year-on-year core CPI rate is seen peaking in February.

Still, inflation is likely to remain above target this year.

"Inflation will slow in 2022 as supply chains reopen and prices for some items, like vehicles and energy, decline as supply catches up to demand," said Gus Faucher, chief economist at PNC Financial in Pittsburgh, Pennsylvania.

"But inflation for many other goods and services will be higher in 2022 than before the pandemic, due to higher labor costs and input prices. Housing will also contribute to high inflation in 2022."