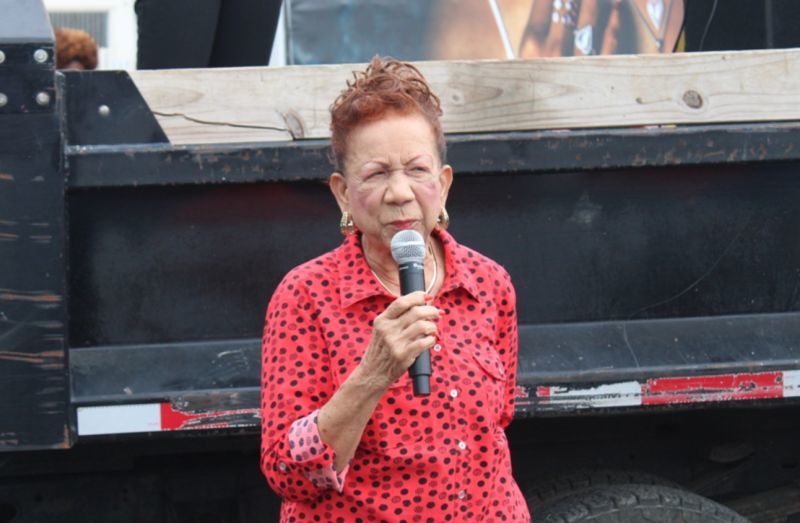 Virgin Islands icon and businesswoman Patsy C. Lake says she believes the Commission of Inquiry (CoI) recommendation for direct rule is a long-term plan of the UK.

Ms Lake made the comments during the May 2, 2022, demonstration where scores of Virgin Islanders protested the possible suspension of the local constitution and imposition of direct rule.

Speaking at the event, Ms Lake said she was proud to see young people out in numbers to stand up for their rights after realising what was happening in the territory.

“When we started to protest against Wickhams Cay, it was just a handful, and quite a few kept saying… they ain't going to get through.”

Ms Lake was part of the Noel Lloyd Positive Action Movement, a fight for the people of the VI to support their right to land ownership in the territory.

“While some may think that the representation that has come out this morning is not enough… let me tell you this is only a small representation because the organisers didn’t have enough time,” she added. 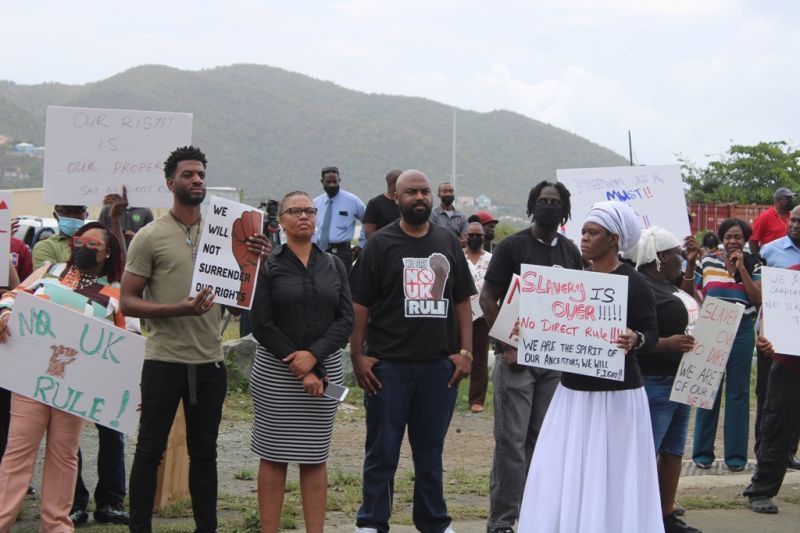 Speaking at the event, Ms Lake an activist in the VI she was proud to see young people out in number to stand up for their rights after realizing what was happening in the territory.

Ms Lake said the arrest of the Premier and the events that followed was a long-term plan for the UK to take control of the VI.

“I am asking you all, stand up!” she told the those gathered in demonstration against UK direct rule.

“I am in total and complete support of everything. Whether we have or we don’t have… all of us going in the barrel to conquer us,” she added.

She called on Virgin Islanders to regroup and stand up against the UK, pointing out that the people of the VI are now more educated than ever before.

“I am in total and complete support that our constitution should not be removed,” Ms lake added.

Ms Lake also called for Governors to be held accountable for some of what has happened in the VI.