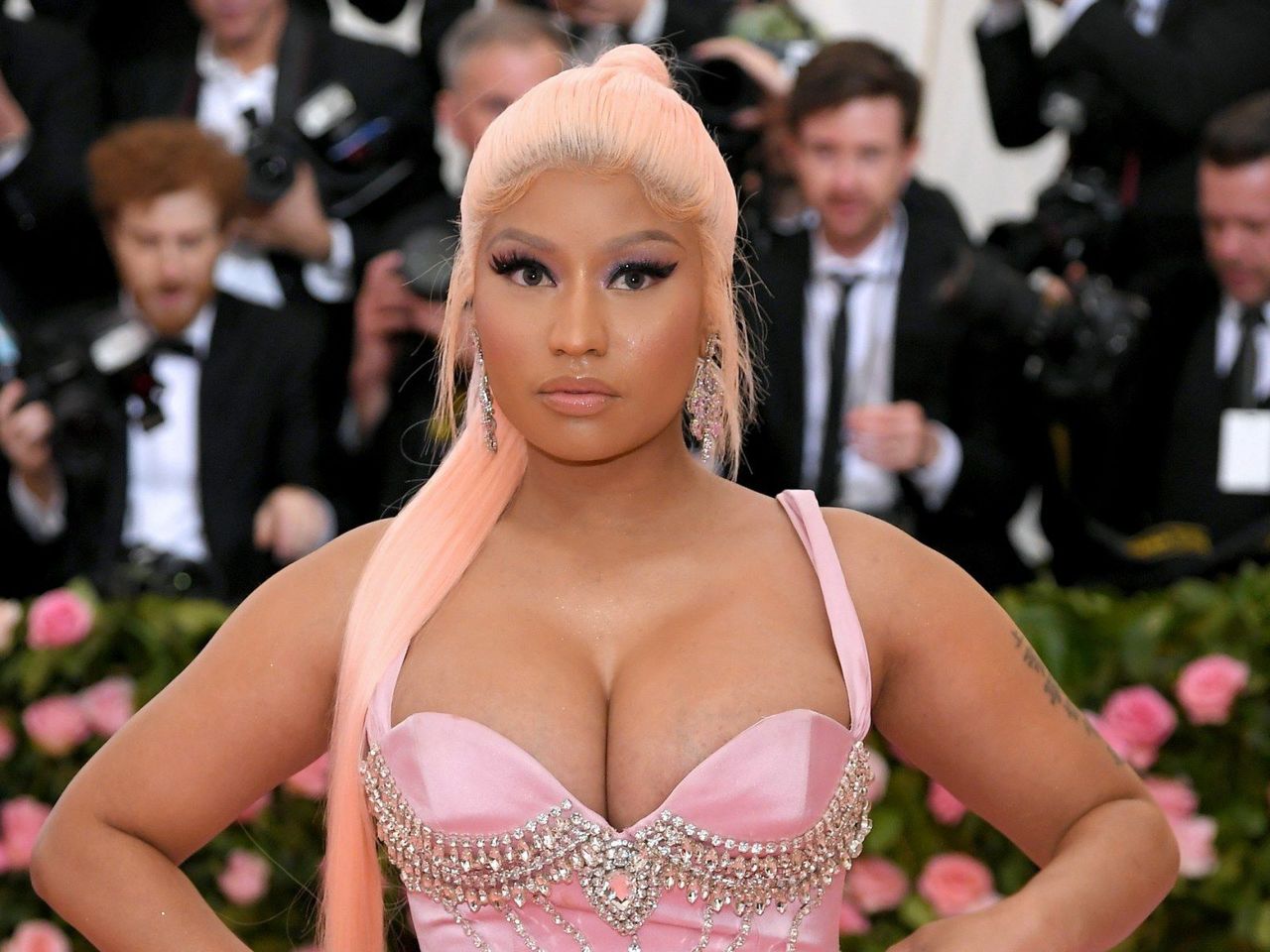 A coronavirus briefing in Britain took an unexpected turn when the country's buttoned-up chief medical officer and prime minister found themselves talking about Nicki Minaj, vaccine hesitancy and her cousin's friend's supposedly swollen testicles.
Prime Minister johnson">Boris Johnson and his chief medical officer Chris Whitty were drawn into a debate about the global rap superstar after she revealed to her 22.6 million Twitter followers she had not yet been vaccinated.

Being jabbed was a requirement for attendance at this week's glamorous New York fashion event the Met Gala, she said, indicating she was doing her own research on jabs.

Minaj then shared a story about a cousin in Trinidad who refused to be vaccinated because his friend got jabbed, became impotent and got swollen testicles.

Whitty, 55, the face of Britain's coronavirus response not previously known for his knowledge of celebrities, did not skip a beat when he was asked about Minaj's comments at a Covid question and answer session on Tuesday.

"There are a number of myths that fly around, some of which are just clearly ridiculous," he told reporters.

"Some... are clearly designed just to scare. That happens to be one of them."

Instead, he said he was encouraged that most people were ignoring myths and getting jabbed, and hit out anyone knowingly "peddling untruths".

"In my view, they should be ashamed," he added.

Classically educated Johnson, 57, who regularly peppers his speeches with Latin, stuttered that he was "not as familiar with the works of Nicki Minaj as I probably should be".

Instead, he said he preferred to listen to another woman of the same name, "superstar GP" Nikki Kanani, who has been closely involved in the government's Covid vaccine campaign.

The straight-talking Minaj later sent Johnson a voice message, in an English accent, claiming she was born in Britain and went to university with Margaret Thatcher -- both untrue.

Health Secretary Sajid Javid said Wednesday he did not want to give the comments "the oxygen of publicity", and called for public figures to be responsible in their comments.

"Reshuffle gossip: Health Secretary Minaj," suggested one Twitter user on Wednesday, as rumours again swirled that Johnson was about to rearrange his cabinet.

"That will enable Cardi B to move to the Treasury and Kardashian to Environment," replied another, referring to reality TV superstar Kim Kardashian.
#vaccine  #Covid  #Coronavirus  #Boris Johnson  #Johnson