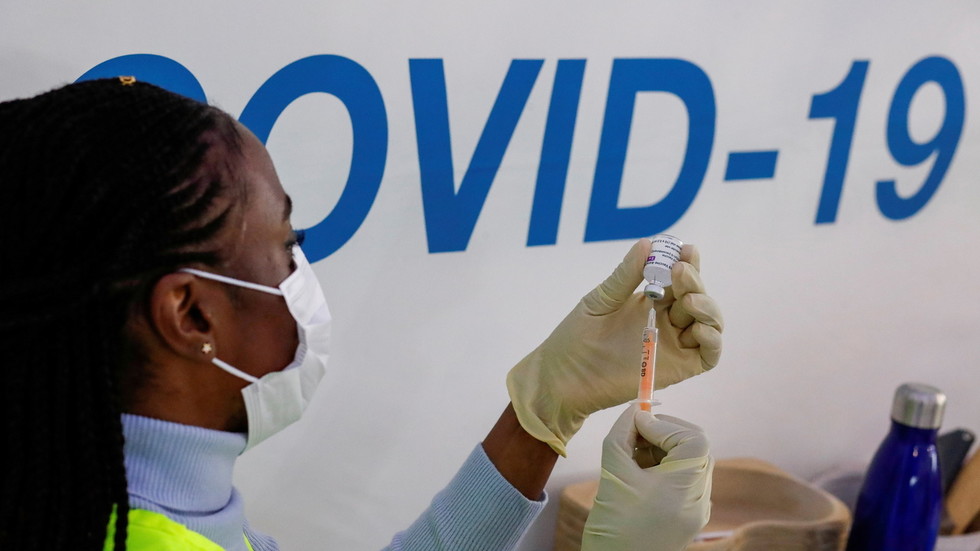 The UK government is in talks with AstraZeneca over securing doses of its modified Covid-19 vaccine to target a variant of the virus first found in South Africa, Health Secretary Matt Hancock has confirmed.
The British government previously ordered some 100 million doses of the Anglo-Swedish jab, which was developed in partnership with the University of Oxford.

In a speech at the university’s Jenner Institute on Wednesday, Hancock said the government was now looking at procuring new vaccines that specifically target variants of concern.

“I can tell you today that we have started commercial negotiations with AstraZeneca to secure a variant vaccine – future supplies of the Oxford/AstraZeneca vaccine that have been adapted to tackle the B.1.351 variant first identified in South Africa,” he said.

In December last year, South African health officials announced they had detected the B.1.351 variant, which was recently renamed ‘Beta’ by the World Health Organization to remove stigma around its name.

The variant spread rapidly to become the dominant strain of the virus across the country before being detected in more than 20 other nations. Scientists found that a mutation called N501Y in the variant’s spike protein makes it more transmissible.

Another mutation known as E484K also means the variant can more easily evade a person’s immune system and makes the virus potentially more resistant to the effects of vaccines.

In February, the South African government announced it was halting its scheduled rollout of AstraZeneca’s vaccine after a local study of 2,000 people found the jab was less than 25% effective against the virus. The country had received 1 million doses of the vaccine and had planned to start vaccinating health workers.

Another trial of 750 people published in the New England Journal of Medicine in March found AstraZeneca’s vaccine to be only 10.4% effective against mild to moderate infections caused by B.1.351.

South Africa has since sold its 1 million AstraZeneca doses to other members of the African Union group of countries.
#COVID-19  #vaccine  #AstraZeneca  #Covid  #Vaccines