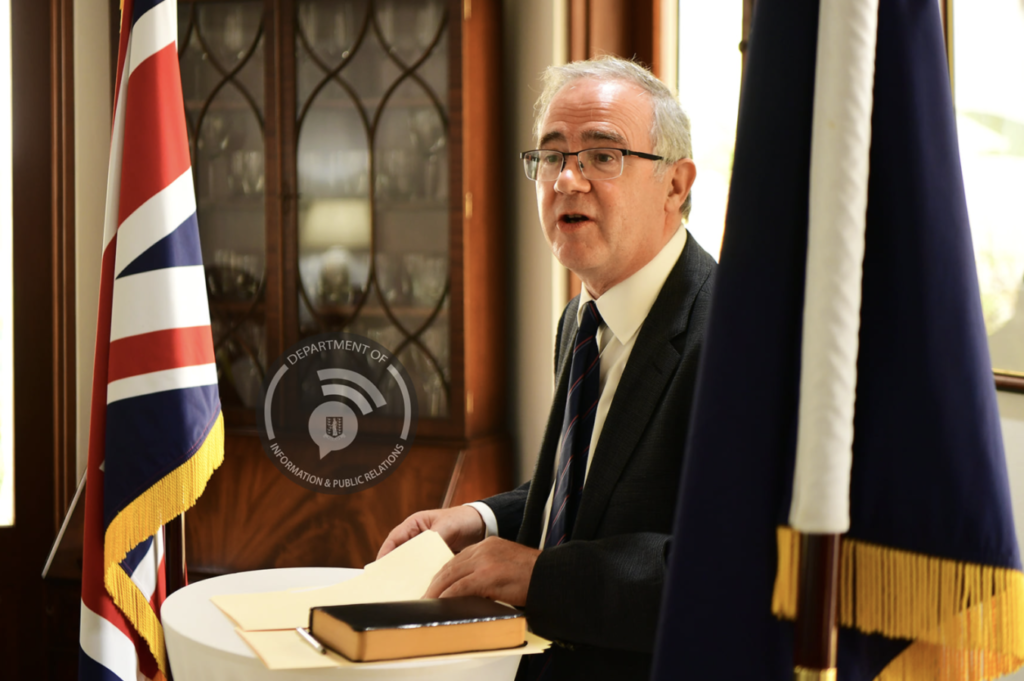 Governor John Rankin has said the United Kingdom will give ‘positive’ consideration to offering support to the territory with regards to the BVI government’s successful proposal on how to implement the Commission of Inquiry recommendations.
Rankin confirmed that the proposal refers to a potential request for further UK assistance, particularly in the area of technical expertise, advice, and general support.

“When those requests are made, I believe they (the BVI government) will receive a constructive response from the UK government,” Rankin stated while speaking at a joint press conference with Premier Dr Natalio Wheatley on Wednesday.

The Governor said the UK government has provided some £17.7 million of support to the territory since hurricanes Irma and Maria in 2017 to aid with the recovery of the territory.

“We remain committed in our part in having a successful BVI. So, as I say, we will wait to see what further requests are made. I am not going to write an open chequebook here but where they require technical advice and assistance where the UK can help, I believe they will receive a positive hearing in London,” Rankin said.

“The UK already provide support for policing and paying for some of the policing which is carried out in this territory. But otherwise, BVI is a largely self-governing territory with its own budgetary arrangement and that is how it should be and as we want it to be. But where assistance is required, the UK will consider constructively the request,” he added.

“We will have a budget adjustment exercise coming up. Perhaps in July, you will see more of that and also of course as we come up to the 2023 budget, we will make sure we make monies available for the request to implement reforms. So, we have made it a priority on how we allocate resources and certainly, that will continue,” the Premier added.
#Commission of Inquiry  #John Rankin  #CoI