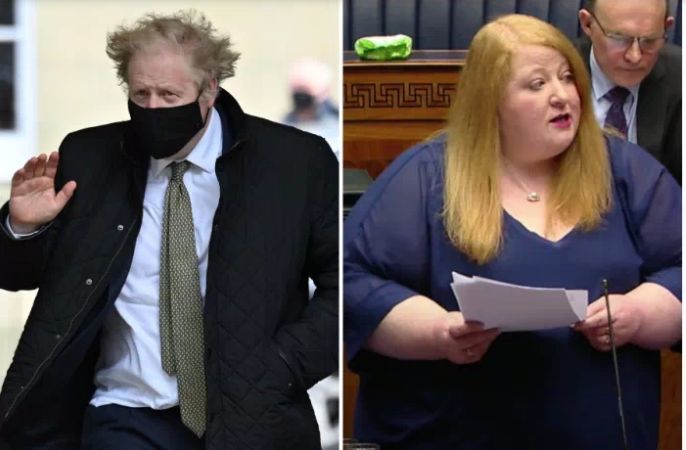 As Northern Ireland has seen several nights of violence and destruction in which dozens of police officers have been injured, part of the blame is being cast on United Kingdom (UK) Prime Minister Alexander Boris de Pfeffel Johnson aka ‘Boris’.

Northern Ireland justice minister Naomi R. Long said Mr Johnson’s Brexit “betrayal” is one of the factors behind the violence.

According to Yahoo News UK today, April 8, 2021, Mrs Long, in a thinly-veiled attack on the prime minister – who was a lead campaigner for the UK’s departure from the EU in the 2016 referendum and the man who “got Brexit done” last year –said his Brexit deal has caused “hurt and instability”. 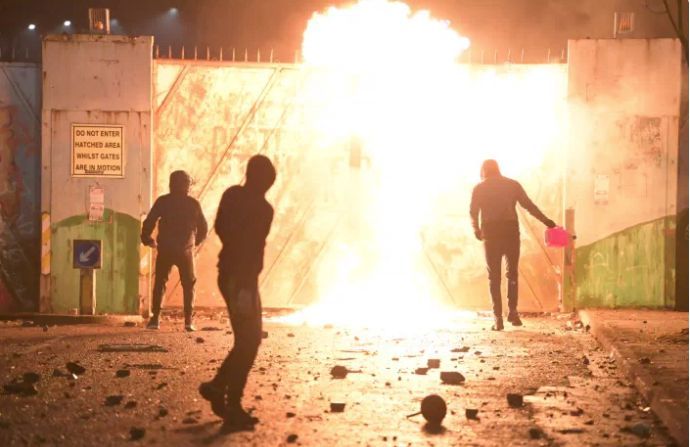 Fire burns after clashes at a 'peace wall' in Belfast on Wednesday, April 7, 2021.

Yahoo News UK said while there are thought to be a combination of factors behind the violence, there have been increasing political tensions over the trade border in the Irish Sea caused by Johnson’s Brexit agreements with Brussels.

Long focused on this as she opened a debate in the Northern Ireland Assembly today.

Though she didn’t mention the PM’s name, Long said: “We have all been aware of the simmering tensions in parts of our community over the outworkings of Brexit for some months.

"Most of us, including those who oppose Brexit, have some sympathy for those people out there who feel betrayed. They were promised sunlit uplands but that was a fantasy. It was never how Brexit would end.

“Those in government knew that but were more interested in their own ascent to power than the hurt and instability their deception would cause here in Northern Ireland.”

According to Yahoo News UK, former Northern Ireland secretary Peter G. Hain also said people feel "betrayed" by Johnson's Brexit deal, telling Sky News the PM "did not tell it straight" that businesses would be "strangled... with a mountain of paperwork and red tape".

Labour leader Sir Keir Starmer, according to the publication, has demanded Johnson “steps up” over the issue.

During a campaign visit to Bristol, Starmer said there is “no justification for this violence”, though he acknowledged “concerns in Northern Ireland about Brexit, there are concerns about the promises that the prime minister made which haven’t been kept”.

He called on Johnson to “step up, show leadership, convene all-party talks and talk to the government of Ireland as well, and resolve this with pragmatic political solutions”. 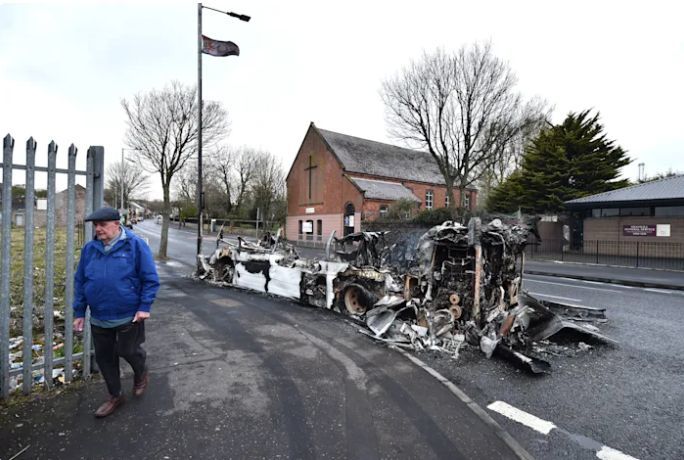 It is yet another blow to the beleaguered Mr Johnson, who has been blasted for his handling of the COVID-19 pandemic in the UK where he has been accused of failing to act in a timely manner and causing thousands of COVID-19 deaths.

Additionally, he has been accused of corruption and cronyism over his Government's issuing of COVID-19 contracts and has refused a Commission of Inquiry (CoI) into the matter.

PM Johnson has also been urged to repudiate and withdraw last week’s much-maligned race disparity report, which provoked a huge backlash from critics who accused it of downplaying racism in the UK.