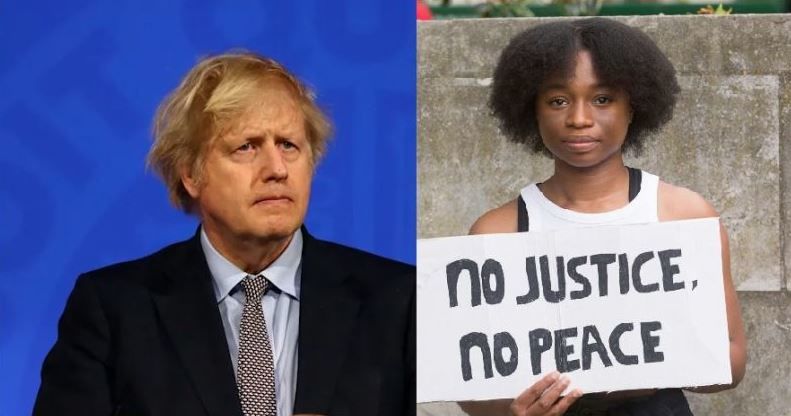 The imperialist United Kingdom (UK) Prime Minister Alexander Boris de Pfeffel Johnson aka ‘Boris’ has been urged to repudiate and withdraw last week’s much-maligned race disparity report, which provoked a huge backlash from critics who accused it of downplaying racism in the UK.

Mr Johnson continues to be put under pressure, including for his handling of the COVID-19 pandemic in the UK where he has been accused of failing to act in a timely manner and causing thousands of COVID-19 deaths. Additionally, he has been accused of corruption and cronyism over his Government's issuing of COVID-19 contracts and has refused a Commission of Inquiry (CoI) into the matter.

He has now been accused of politically influencing the Commission on Race and Ethnic Disparities (CRED), which was launched last year, 2020, in the wake of anti-racism Black Lives Matter protests.

The controversial report, which says the UK "no longer" had a system rigged against minorities, has even led to Prime Minister Johnson’s senior adviser on ethnic minorities resigning. 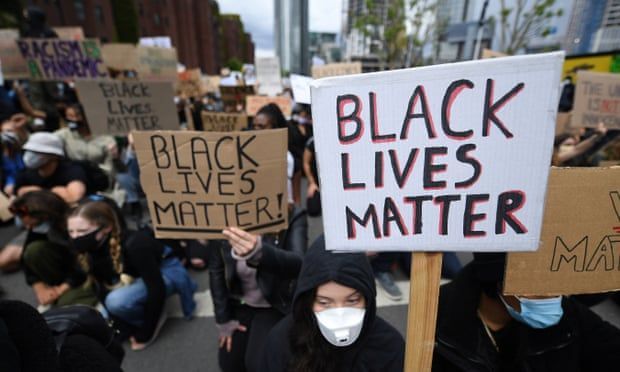 A Black Lives Matter protest outside the US embassy in London last summer.

Criticism has also been levied at the choice to have the review led by Dr Tony Sewell, an educationalist who has previously questioned the existence of institutional racism.

Since the UK government-appointed Sewell commission published its findings last Wednesday, March 31, 2021, experts have accused its members of downplaying evidence of discrimination in areas ranging from health to education and business/employment to criminal justice. Additionally, leading academics cited in the report have said they were not properly consulted and/or have dissociated themselves from it. 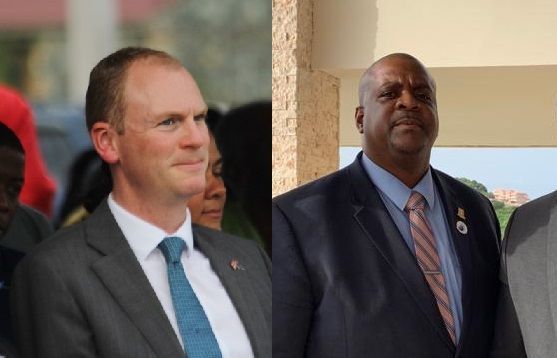 Here in the Virgin Islands, allegations of racism have been levelled against the UK Government, including for backing a controversial Commission of Inquiry into governance called by ex-Governor Augustus J. U. Jaspert, left, who himself was labelled as racist and who was accused of being hugely antagonistic against the Government of the Virgin Islands led by Premier Andrew A. Fahie (R1), right.

‘Boris’ Johnson, who has been accused of selecting commissioners to deliver politically convenient findings, distanced himself from the report last week, saying: “I’m not going to say we agree with every word.” However, the signatories to the letter, published on Tuesday, April 6, 2021, argue he did not go far enough.

They say: “Should you and your government be genuinely committed to acknowledging and addressing the issue of racial equity in the UK, we would call on you to repudiate the commission’s findings immediately and withdraw its report …

“Disingenuous claims, including the commission’s assertion that its research found no evidence of institutional racism in the UK, have provoked public incredulity and national indignation. The danger is that a report so lacking in credibility will be left to circulate and take us back to the ‘colour bar’ of the 1960s.”

The signatories, who also include Operation Black Vote, Windrush campaigner Patrick Vernon and the National Education Union, state that ultimate responsibility lies with Johnson and urge him to set up a “genuinely credible” prime ministerial taskforce.

It should be noted that ‘Boris’ Johnson himself has been accused of racism, having said colonialism in Africa should never have ended and downplayed Britain’s role in the slave trade. 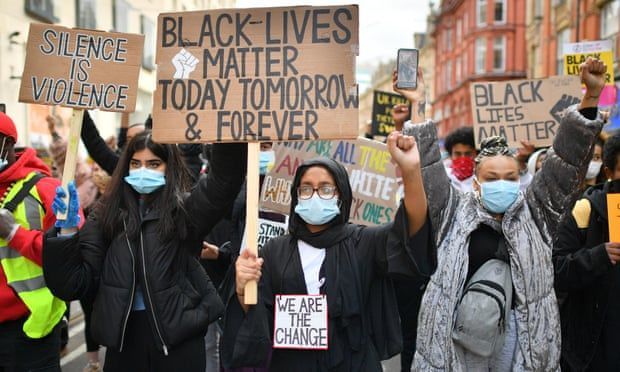 Though George P. Floyd Jr’s death took place thousands of miles away, the cry for racial justice was felt deeply in the United Kingdom. Britons stood up against racism, declaring support in their thousands for the Black Lives Matter movement via a succession of passionate protests.

Halima Begum, chief executive of the Runnymede Trust, said: “Researchers and civil society groups that have years of experience under their belts can see this report for what it is – entirely lacking in credibility and written with scarcely a scintilla of empathy for the realities of racism, and in contradiction of the overwhelming evidence.

“More worryingly still, it would appear that this report was written to a predetermined brief and in anticipation of what the prime minister wanted to hear … Under no circumstances can this report ever be used to justify or substantiate any form of government policy.”

Gracie Bradley, interim director at Liberty, said the Black Lives Matter protesters last year, “weren’t demanding another policy report – they were demanding action for racial equality. Whatever the government’s ‘yes people’ publish, that demand will not be silenced”.

The letter came as the Consortium of Black, Asian and Minority Ethnic Health Professional Networks warned the commission’s report could put lives “at further risk”.

Dr Salman Waqar, coordinator of the 37-member consortium, told the news agency, PA media, that its “flawed conclusions” could lead to “putting in resources and attention into areas where it’s not needed, possibly inflaming the situation or making it worse”.

UK accused of being racist towards VI

Even here in the Virgin Islands, allegations of racism have been levelled against the UK Government, including for backing a controversial Commission of Inquiry into governance called by ex-Governor Augustus J. U. Jaspert, who himself was labelled as racist and accused of being antagonistic towards the Andrew A. Fahie-led Government of the Virgin Islands.

Mr Jaspert had angered Virgin Islanders when he stated in an interview on September 7, 2020, that the VI should not look forward to reparations for slavery and that it should preserve the names of landmarks in honour of perpetrators of chattel slavery and crimes against humanity.

The UK Government, through the Foreign and Commonwealth Office (FCO), had said it stood behind the upsetting and divisive comments of Mr Jaspert.

Mr Jaspert and the FCO had then colluded with the UK press to give the announcement of the VI Inquiry international coverage, even while the democratically elected government was left in the dark about the scheme to call the Inquiry.

It resulted in the UK press inaccurately portraying to the world that the VI was corrupt and having a climate of fear and creating much damage to the territory’s image due to Government and financial services being caught on the back foot and unable to respond in a timely manner to counter the negative and inaccurate UK press.