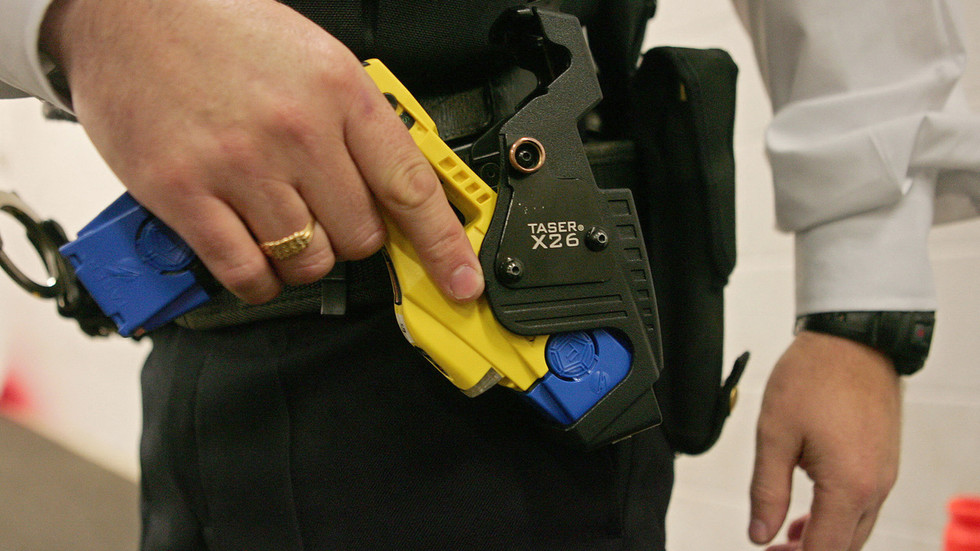 The Independent Office for Police Conduct (IOPC) has warned that the use of tasers by UK police risks “eroding public confidence” after a review revealed black people are more likely to be tasered longer than white individuals.

In a report released on Wednesday, the IOPC highlighted a racial disparity in the use of tasers by British police officers on suspects, calling for clearer guidance and improvements in training to prevent the force from “eroding public confidence.”

The IOPC examined some of the most serious cases of taser use by UK police between 2015 and 2020, finding that black people were more likely to be subjected to taser use by cops for a prolonged period of time than their white counterparts.

"Ultimately, policing has to change and be more responsive to community concern or risk losing legitimacy in the eyes of the public."

While the police watchdog did defend the use of tasers in the field on the whole as “a valuable tool for keeping both the public and police safe in dangerous circumstances,” the IOPC stated that “forces must also respond to the disproportionate use of Tasers against Black people.”

Among the 17 recommendations made to UK authorities, the IOPC called for clearer guidance on when and how a taser should be used, as well as increased scrutiny and monitoring of instances where it has been deployed on a suspect.

Responding to the report on behalf of the National Police Chiefs’ Council, Chief Constable Lucy D’Orsi criticised the report for being “vague” and not based on “substantive evidence,” as it only examined 101 cases of taser use out of the 94,045 that occurred within the five years reviewed.

While UK police officers are usually not armed, they do often carry tasers, with the number deployed increasing in recent years. Incidents of taser use by cops in the UK doubled to around 32,000 in the year 2019-20, compared with two years prior.