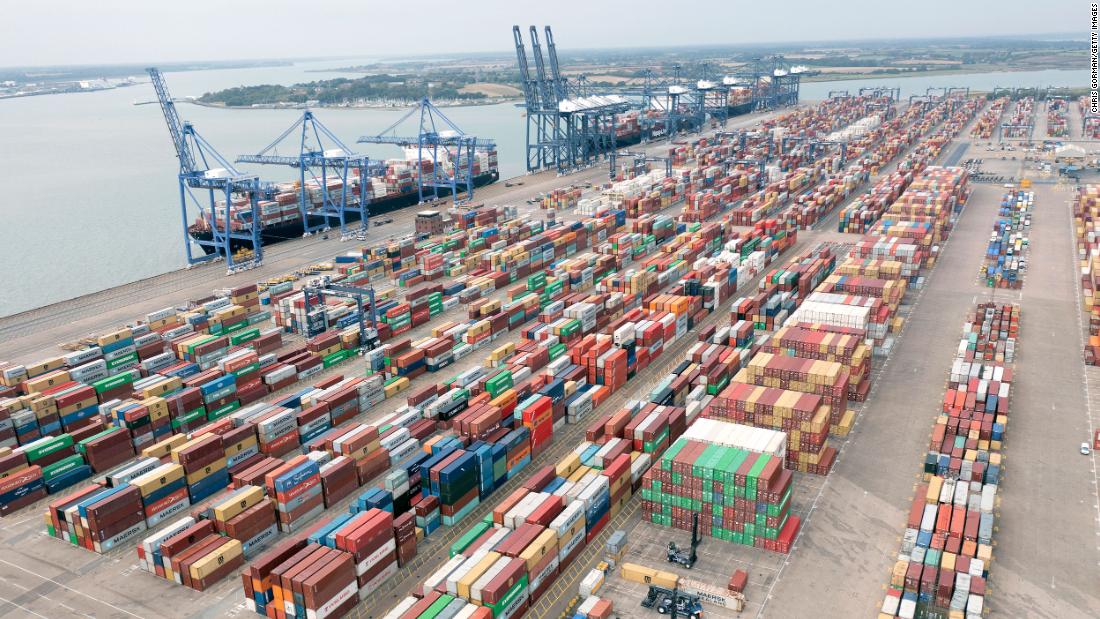 UK GDP growth slowed between July and September, leaving the economy still around 2% smaller than it was before the pandemic and trailing the recovery in other G7 nations.
The UK economy, struggling with supply chain disruptions and high energy prices, expanded by 1.3% in the quarter, down from growth of 5.5% in the previous three-month period when many coronavirus restrictions were lifted.

The Office for National Statistics (ONS) said Thursday that services drove growth in the quarter, led by spending on accommodation and food. But the wholesale and retail trade shrank by 2.5%, hurt by weak consumer spending. Manufacturing output also fell slightly.

Germany, France and Italy all reported stronger growth for the third quarter, and are much closer to completing their recoveries from the pandemic recession than the United Kingdom. US GDP, which has already returned to pre-pandemic levels, rose by 0.5% in the quarter.

"The UK's still won back less of the output lost in the pandemic than either the eurozone or the US," said Kit Juckes, a strategist at French investment bank Societe General.

Kallum Pickering, senior economist at Berenberg, said UK growth was "slightly below" his bank's own 1.4% prediction, but added that the country remained "on track" to return to its pre-Covid level of GDP in the first quarter of 2022.

"While private consumption and government spending expanded at faster rates than we had anticipated, business investment and exports disappointed," he added in a note on Thursday.

Pickering pointed out that global supply chain issues and shortages were only part to blame for a slowing UK economy, adding that business investment had slumped after the Brexit vote in 2016, before collapsing during the pandemic.

"The UK's unique Brexit-related issues and higher non-tariff barriers with its biggest market (the EU) no doubt amplify the port and transport challenges," he said.

UK economic output shrank by 20.4% in the second quarter of 2020, suffering a bigger contraction than any other major economy as recession took hold as a result of lockdowns.

The United Kingdom suffered a bigger contraction than any other G7 country last year at 9.7%, and so has further to climb to return to its pre-pandemic size.
#Coronavirus  #Covid