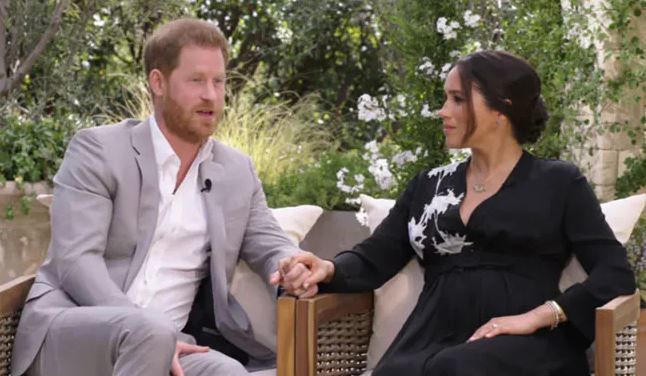 UK Royal Family: The programme claimed palace insiders drip-fed the media with negative stories about the initially popular Prince Harry and Meghan Markle.
Britain's leading royals have united in a rare joint statement to criticise the BBC over a documentary that claimed a behind-the-scenes briefing war before Prince Harry and his wife Meghan quit frontline duties.

"The Princes and the Press" dwelt on how Harry and his elder brother William handled the press as they rose to adult prominence in the royal family following the death of their mother Diana in 1997.

The first of two episodes, which aired Monday night, suggested that Harry in particular had a hostile attitude to the media, which only worsened with critical coverage of Meghan Markle after he started dating the US actress in 2016.

The programme claimed palace insiders drip-fed the media with negative stories about the initially popular Harry and Meghan, as a power battle played out behind the palace walls.

Buckingham Palace, Clarence House and Kensington Palace -- respectively representing Queen Elizabeth II, her son Prince Charles and grandson William -- were further angered that the BBC had refused to show them the documentary before it was broadcast, according to reports.

"A free, responsible and open press is of vital importance to a healthy democracy," said the joint statement by the three royal households, which was included in the programme.

"However, too often it is overblown and unfounded claims from unnamed sources that are presented as facts and it is disappointing when anyone, including the BBC, gives them credibility."

The programme also discussed Meghan's alleged bullying of palace staff, interviewing a lawyer for the former "Suits" star who denied the claims.

Buckingham Palace is investigating the allegations internally. Meghan's lawyer appeared on the programme to deny the claims.

Citing media intrusion, Harry and Meghan quit royal life last year and now live in the United States, where they have signed a series of lucrative deals and spoken out on a range of issues, including disinformation.

They have also openly criticised Britain's most famous family, including accusing an unnamed senior member of racism.

This month, Meghan apologised to a UK court after admitting to being involved in a favourable biography of her short tenure as a frontline royal, having previously denied it.

The apology came as part of an appeal by Associated Newspapers -- whose titles include the Daily Mail -- against a High Court ruling that it breached the Duchess of Sussex's privacy, by publishing parts of a letter she had written to her estranged father.