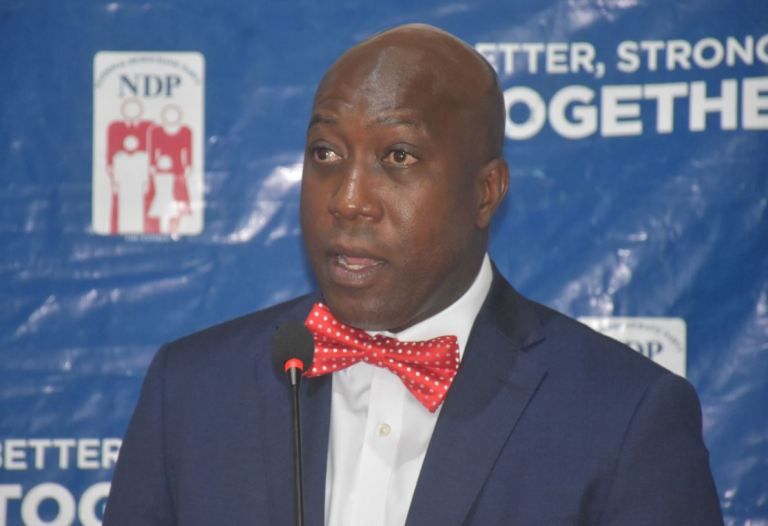 Former legislator Myron Walwyn has concluded that the United Kingdom’s threat of partial suspension of the BVI’s constitution is perceived by some residents as a complete suspension.

This partial suspension meant that there would be an interruption of the parts of the constitution that relate to representational government.

“To us in BVI, that’s a total suspension because that is, perhaps, the only participating part of the constitution that everybody plays a role in,” said Walwyn while appearing on the Talking Points radio show recently. He referred to this as the right for persons to elect who they want to lead them.

“So to them, to the UK government or whomever other persons, they can call it partial. But to us it is total because that is the extent of the participation that most of us do,” Walwyn expressed.

He said once this representation element is extricated from the constitution, then all that is left is the normal functioning of government, particularly the public service.

In the meantime, Walwyn suggested that there should have been some pushback on the Commission of Inquiry (COI) report. He argued that there was nothing to prevent the territory from coming up with counter-recommendations to those presented in the report.

He also argued that the government of the day still has a responsibility to the people of the territory.

“There are certain recommendations that you might make that perhaps may not be in the best interest of our democracy, and our country, and our people, because of where we are at this particular time,” Walwyn stated.

He pointed out that the government is the main driver of economic activity in the territory, and it becomes a problem when decisions are made to inhibit how the government can help its people.

Following a months-long COI on governance in the BVI, a damning report was issued at the end of April, 2022 which recommended, as its first and main overarching proposal, that the BVI’s constitution be suspended for at least two years in the first instance. The COI report proposed that an interim government – led by the governor and supported by an advisory council – be set up to rule in the elected government’s place during that time.

However, the Virgin Islands Party (VIP) government, led by Dr Wheatley, accepted members of the political opposition into its fold while shifting other elected members around as part of steps it took to avert that suspension. The government then agreed to a framework to implement the COI’s proposed nearly-50 recommendations over that two-year period.

As a measure of enforcement, UK legislators placed a draft Order in Council in the UK parliament which is set to be triggered if the BVI runs afoul of its commitment to implement the agreed upon reforms in the framework document.