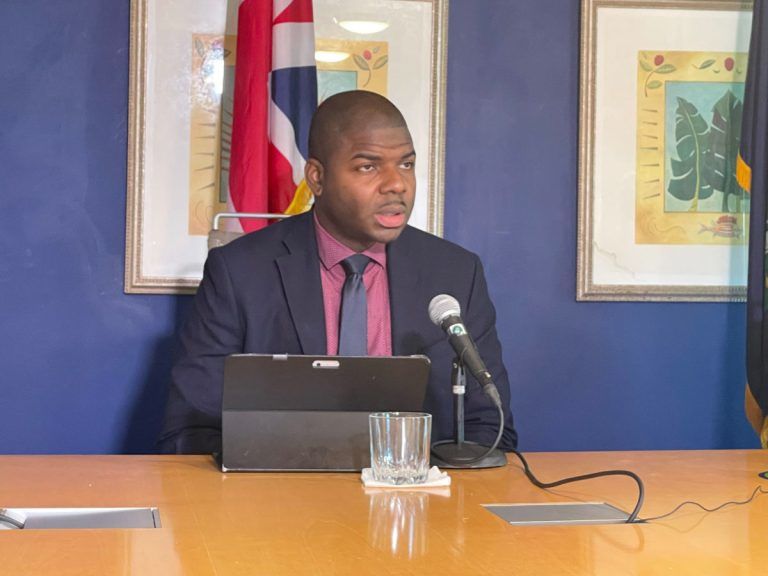 A forceful condemnation of the United Kingdom’s (UK’s) ability to suspend the BVI’s constitution has been issued by the territory’s leader, who also called for the practice to be abolished.

“Let me just speak about the the whole concept of suspending someone’s constitution. I don’t agree with it in any way, shape, or form,” Premier Dr Natalio Wheatley said at a recent press conference. “I do not agree with the United Kingdom or any other government suspending another group’s constitution. It’s fundamentally undemocratic.”

Dr Wheatley was at the time responding to questions surrounding a recent progress report issued by Governor John Rankin and whether he saw evidence from concerns raised in the report that the territory’s constitution is likely to be suspended.

The Premier argued, among other things, that democracy cannot be imposed on a nation and said even if the UK were to suspend the BVI’s constitution, people still have to live here and deal with their own affairs.

“Suspending a constitution is a flawed concept that the United Kingdom, in my view, should abandon,” Premier Wheatley argued.

The Premier pointed out that residents will have a right at some point to elect a government, just in the same way as the Turks and Caicos Islands when their constitution was suspended.

BVI should send a message

In the meantime, the premier argued that the BVI should send a precise signal about its feelings on the dynamics of the territory’s relationship with the UK.

“The United Kingdom has the authority under the laws and our constitution and the laws of the United Kingdom to suspend our constitution. They have the power to do that. Whether we have a draft Order in Council or not, they have the power to do it. And I believe that we have to move away from a relationship where any government or any group of people can put another group of people in that position,” the premier said.

“We’re going through a constitutional review process and I think it’s a wonderful time for us to get together and send a very clear message that we do not want to have a relationship with those type of colonial practices, where you take away our House of Assembly and you take away Cabinet and you put all the power; all executive and legislature … in one man’s hands who’s not elected. For me that’s unacceptable,” Dr Wheatley said.

Following a months-long Commission of Inquiry (COI) on governance in the BVI, a damning report was issued at the end of April 2022 which recommended, among other things, that the BVI’s constitution be suspended for at least two years in the first instance. The COI report proposed that an interim government — led by the governor and supported by an advisory council — be set up to rule in the elected government’s place during that time.

However, the Virgin Islands Party (VIP) government, led by Dr Wheatley, accepted members of the political Opposition into its fold while shifting other elected members around as part of steps it took to avert that suspension. The government then agreed to a framework to implement the COI’s proposed nearly-50 recommendations over that two-year period.

As a measure of enforcement, UK legislators placed a draft Order in Council in the UK parliament which is set to be triggered once the BVI runs afoul of its commitment to implement the agreed-upon reforms in the framework document.