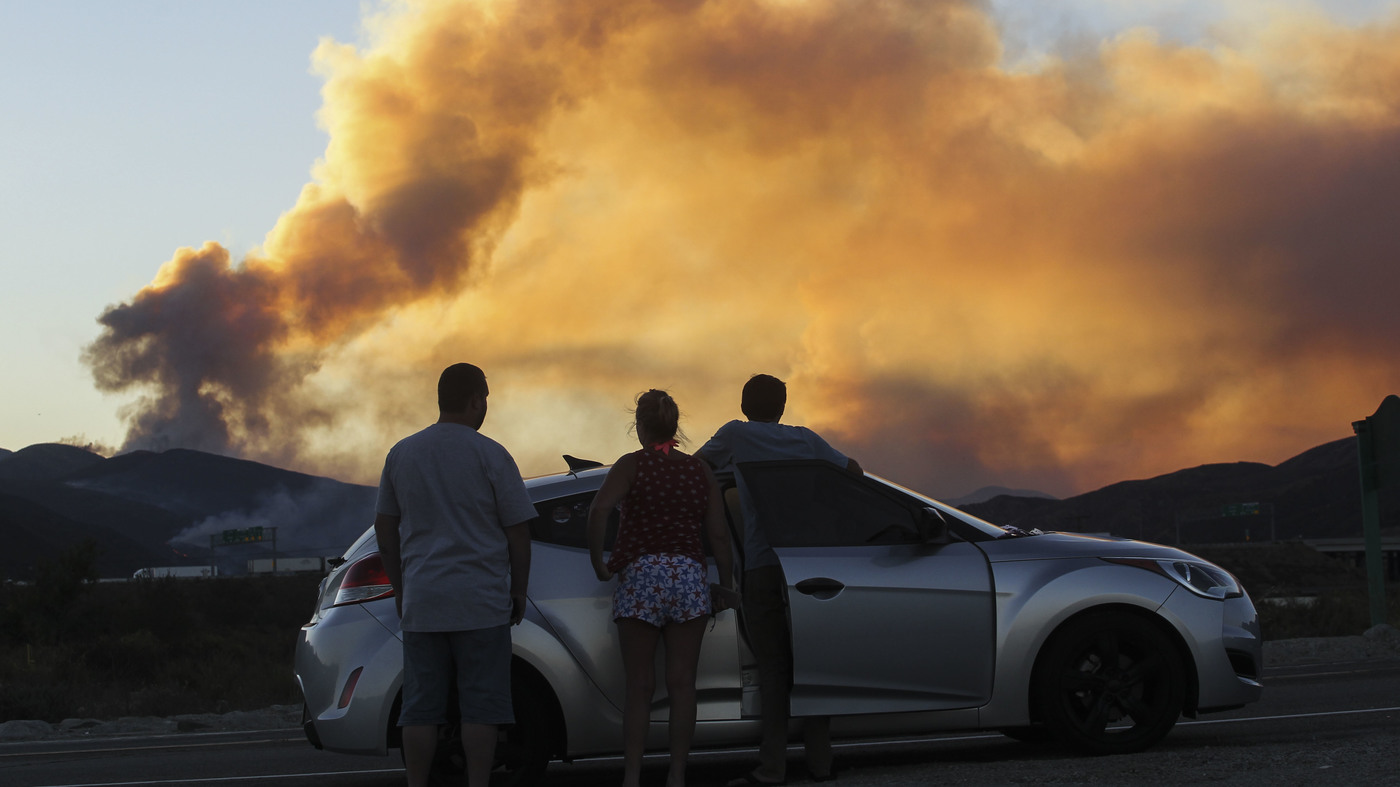 UN Report: In The Age Of Humans, 'The Dominant Risk To Our Survival Is Ourselves'

On the United Nations' new Planetary pressures-adjusted Human Development Index, the United States drops 45 places from its overall ranking, a reflection of the country's outsize environmental impact.
"Warning lights—for our societies and the planet —are flashing red." That's according to a new report from the United Nations Development Programme.

The report notes that COVID-19 has thrived "in the cracks in societies, exploiting and exacerbating myriad inequalities in human development."

While the pandemic has dominated much of the world's attention in 2020, the report notes that existing crises continue: a historically intense Atlantic hurricane season, raging wildfires on different continents, animal species dying off in what some experts believe is a mass species extinction event.

The report argues that as humans and the planet together enter a new geological epoch — the Anthropocene, or The Age of Humans — all countries must fully account for the pressure that people are putting on the Earth, while also confronting dramatic imbalances of power and opportunity.

This new era "means that we are the first people to live in an age defined by human choice, in which the dominant risk to our survival is ourselves," writes Achim Steiner, the UNDP administrator.

And returning to "normal" after COVID-19 isn't necessarily possible or even desirable, the report posits.

"Lurching from crisis to crisis is one of the defining features of the present day, which has something to do with the 'normalcy' of the past, a return to which would seemingly consign the future to endless crisis management, not to human development. Whether we wish it or not, a new normal is coming. Covid-19 is just the tip of the spear," says the report, for which Pedro Conceição, Director of UNDP's Human Development Report Office, was the lead author.

The Next Frontier: Human Development and the Anthropocene is the UNDP's 30th annual Human Development Report and once again features its Human Development Index (HDI), which measures each country's health, education and standard of living. The HDI was created as an alternative to the gross domestic product (GDP), assessing opportunity rather than simply economic output.

The United States now ranks 17th on the Human Development Index, slipping three spaces from its ranking five years ago. When the index is adjusted for inequality, the U.S. drops another 11 places. Norway ranks first in both measures.

This year, the UNDP introduced a new adjusted index that takes into account each country's carbon dioxide emissions and its material footprint (a consumption-based measure of the amount of raw materials extracted to meet domestic final demand for goods and services, regardless of where extraction occurs) per capita as well — called the Planetary pressures-adjusted HDI. The new metric is meant to show "how the global development landscape would change if both the wellbeing of people and also the planet were central to defining humanity's progress," according to a UNDP press release.

Some wealthy countries – including the United States – fare poorly on the adjusted index, while others, including Costa Rica, Moldova and Panama move higher.

On the Planetary pressures-adjusted HDI, the U.S. ranking drops 45 places, a reflection of the country's outsize environmental impact amid an otherwise comparatively high quality of life.

Other countries with very high human development move up when planetary pressures are taken into account: the U.K. rises 10 spots, New Zealand moves up 6.

While the report focuses on urgently-needed actions rather than actors, it notes that national governments play a unique and vital role: "Only governments have the formal authority and power to marshal collective action towards shared challenges, whether that is enacting and enforcing a carbon price, removing laws that marginalize and disenfranchise or setting up the policy and institutional frame-works, backed by public investment, to spur ongoing broadly shared innovation."

Steiner, the UNDP administrator, says that to "survive and thrive in this new age, we must redesign a path to progress that respects the intertwined fate of people and planet and recognizes that the carbon and material footprint of the people who have more is choking the opportunities of the people who have less."