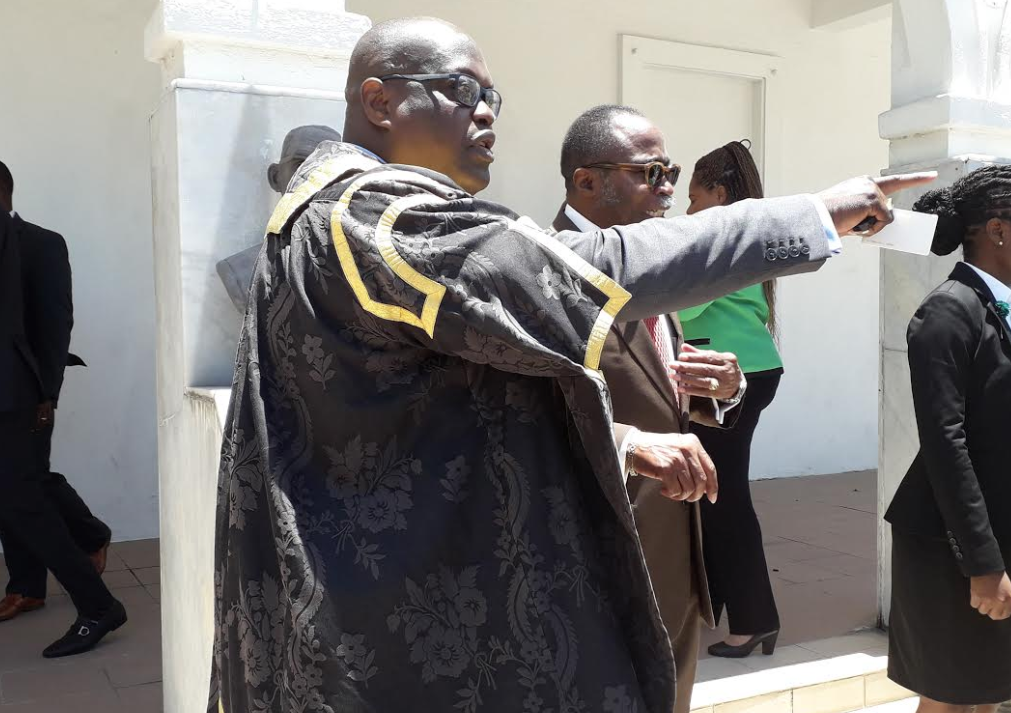 House of Assembly (HOA) Speaker Julian Willock is claiming he has unearthed new evidence which he says the Commission of Inquiry (COI) “strategically left out” when he appeared before them and admitted to breaching the Register of Interests Act.

All members of the House are legally required to declare their private businesses/properties into the territory’s Register of Interests yearly.

At a press conference called today, Willock said he discovered several letters in his possession which showed he communicated with the Registrar of Interests about his submissions. However, the Speaker said these were left out of the bundle of documents he was presented with during his appearance before the COI.

At the time of that COI hearing held two weeks ago, Willock said he had doubts about the accuracy of the documents the COI presented to him as ‘his declarations into Register’.

At the time, he promised to return to his office where he keeps his personal copies of his declarations. The purpose of this was so he could verify whether his office documents matched the copies the COI handed to him during his hearing.

In his press conference today, Willock said the documents in his office show “there has been no violation by the Speaker of the Register of Interests Act”.

“I want the record to show that after the information was put together, I did the professional thing by writing to the Commissioner via Silk Legal on June 24, 2021, with my new evidence,” he told members of the press.

According to Willock, he humbly requested to return to the COI to present his newfound evidence orally but was told that the COI would get back to him.

He said after hearing nothing days later, his attorney again requested an audience with the Commissioner but, again, the COI did not respond.

The Speaker said he felt the Commission would have, in the interest of transparency, been more anxious to hear his new evidence that they left out of his bundle during the previous hearing.

Communication with Registrar of Interest

The debate on whether the Speaker was late in declaring his interests arose from the fact that he did not complete a Register of Interests form in his second year as Speaker. Instead of filling out the required form, Willock said he wrote to the Registrar simply saying he had “no change” to his previous declaration.

The Speaker today argued that this communication with the Registrar showed an intent to comply with his obligations to declare.

“All along, if one wants to be fair, you will see there was good faith intention on each of the anniversary dates to ensure the Registrar of Interests had something from me on file.”

He said one could argue about ‘technicalities’ such as the Registrar not receiving his submission one year or not filling out the correct form. But what Willock said was most important was the fact that his “information” was sent each year to the Registrar, despite the hiccups.

The Speaker then proceeded to claim that the new correspondence vindicates him in his previously admitted breach of the Register of Interests Act.

Willock, in the meantime, said he has been careful never to repeat the mistake of declaring his interests via a letter.