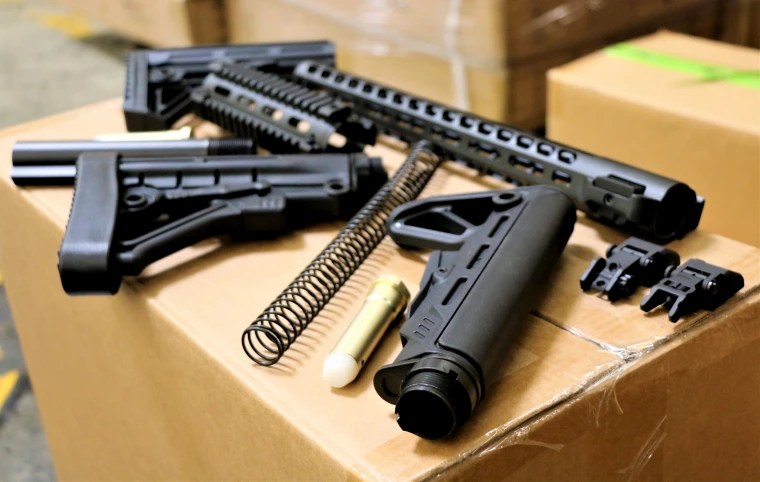 While commenting that there are far too many illegal weapons in the BVI, former Police Commissioner Michael Matthews has dismissed the notion that firearms may be slipping in undetected through the BVI’s airports and seaports.
“I think it’s highly unlikely that guns are coming through our legitimate ports of entry, there was very little evidence of that when I was the police commissioner,” Matthews stated recently.

He continued: “But we are porous. We are extremely open as a territory. It is not difficult for a boat to enter during the hours of darkness from the US Virgin Islands as an example with weapons on board or other contraband.”

According to the former police chief, the Royal Virgin Islands Police Force (RVIPF) has seized more guns this year off of the BVI’s streets than in the previous 10 years.

Despite this achievement, however, Matthews suggested that there is still much work left to be done.

“If the RVIPF is seizing over 70 firearms this year, that’s a lot of weaponry that’s here illegally in the territory. Which means there are still far too many illegal weapons in the territory,” Matthews stated.

Matthews also commended the work done by officers in the RVIPF’s Marine Unit and Customs officers, who he said often intercept and find items.

In the meantime, while Matthews agreed that members of the public service, in general, should be criticised when not delivering according to their roles and responsibilities, he suggested that much of the criticism levelled at the RVIPF was about ‘perception’ and said much of it is media driven.

“There’s a lot of sort of headlines that go out there that, you know. I read the headlines these days and think to myself, well, come on. Why are you putting that out there? That is not gonna help anyone solve crime. That’s just gonna damage confidence even further,” Matthews argued. “But, you know, it’s the media’s job to sort of stir it up a bit, I guess, and raise questions. And they’re doing their job in doing that. So it’s not a criticism in that regard.”

Several gun amnesty measures over the years, including one held earlier this year, have proven patently unsuccessful but Governor John Rankin has offered some assurance that more will continue to be done to have guns removed from the territory’s shores.
#John Rankin