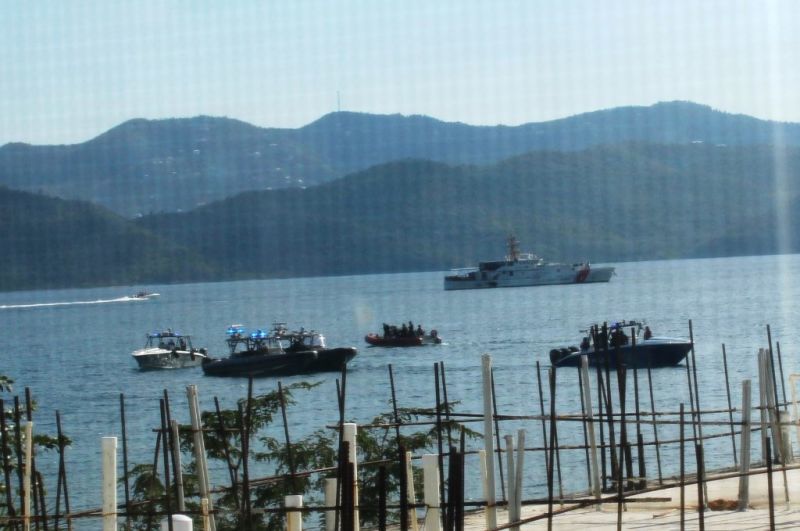 A significant amount of cocaine has reportedly been recovered by law enforcement authorities following a high-speed pursuit involving local police and Customs officers and US Coast Guard today, April 11, 2021.

This information was disclosed by the Royal Virgin Islands Police Force (RVIPF) moments ago.

“Police can confirm that as a result of a joint operation involving US authorities, RVIPF and local Customs officers, a boat was pursued into the Fort Recovery area in West End, Tortola and beached.

“A search by law enforcement has uncovered a significant quantity of suspected cocaine in the nearby waters,” the RVIPF said in a brief statement to the local media.

Left: The vessel that was allegedly being pursued by law enforcement authorities today, April 11, 2021, at West End, Tortola. Right: the US Coast Guard helicopter involved in the chase.

It noted that one person is in custody.

“No other information is available at this time. Investigations continue.”