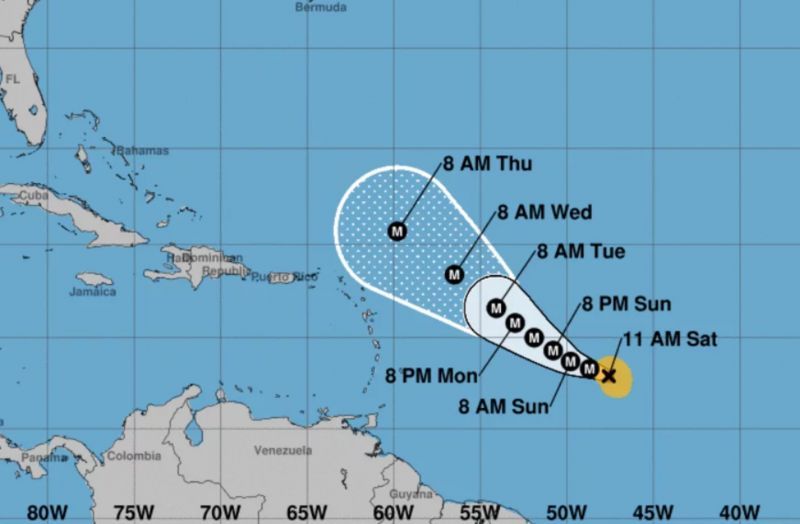 Hurricane Sam, a storm brewing in the Atlantic is now a "major hurricane," but forecasters say it currently poses little threat to land.

Sam has developed into a Category 3 storm with the possibility to grow stronger in the coming days, the National Hurricane Center said in a public advisory today, Saturday, September 25, 2021.

The "small but dangerous" hurricane is one of the earliest 18th named storms to form, beaten only by last season, which was the most active hurricane season on record. 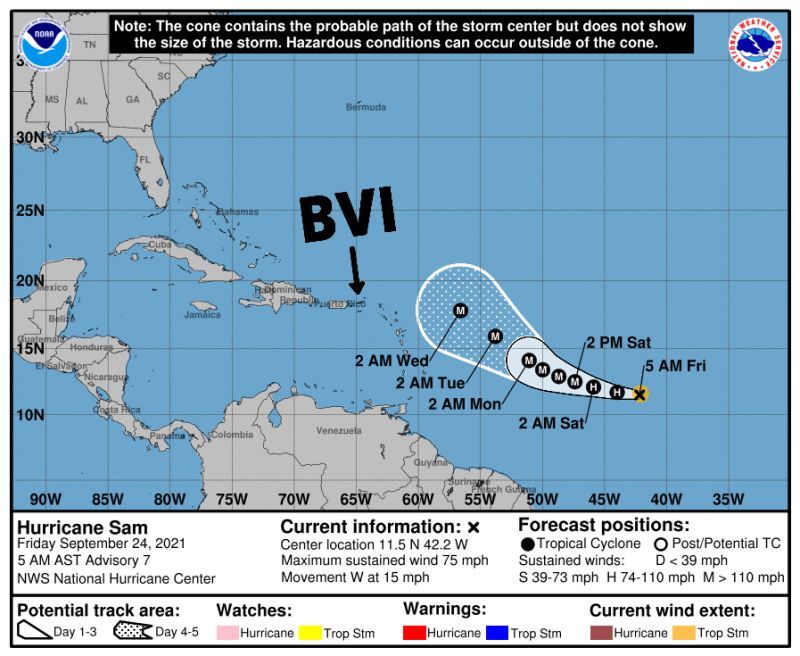 Tropical Storm Sam has now been upgraded into a hurricane as of Friday, September 24, 2021.

According to information from the Virgin Islands Department of Disaster Management, analysis and the forecast track of Hurricane Sam places the system sufficiently north of the area to spare the VI the tropical cyclone wind impacts; as a result, the system poses a very low threat to the islands at this time.

The NHC said "Additional strengthening is expected over the next day or so, and Sam is forecast to become a category 4 hurricane by Sunday."

"Some fluctuations in the hurricane's intensity are possible early next week," it further said.

According to the DDM, no watches or warnings are required for the VI at this time; however, residents are still being wared to guard against complacency and be prepared to activate their hurricane preparedness plans in the event it becomes necessary.