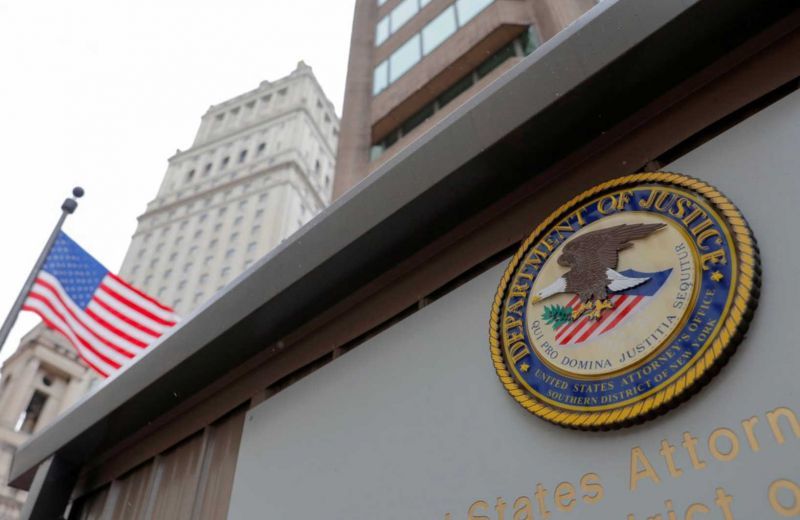 A grand jury has just issued a combined 23-count superseding indictment on charges of drug trafficking and murder against seven individuals who allegedly ran and participated in what the US Department of Justice has called a “large scale drug trafficking organisation” based out of St Croix, US Virgin Islands.
The seven, Ivan and Kai James, Joh Wiliams, Malachi Benjamin, Tillisa Ceaser, Jahkeibo Joseph and Ariel Petersen, are jointly accused of engaging in a conspiracy to manufacture and possess cocaine and marijuana dating back to 2013.

The other 22 counts are laid against subsets of two or three of the seven at a time, accusing them of the manufacture and possession of marijuana, cocaine possession, engaging in a conspiracy to traffic firearms, actually trafficking in said firearms, possession of firearms in furtherance of a crime, and using said firearms to commit premeditated murder in the course of their drug trafficking activities.

The case revolves around the 2017 murder of Levar Pogson, a 30-year-old Christiansted resident and alleged member of a rival gang, who was shot to death in the D. Hamilton Jackson housing community on May 25 of that year.

Contemporaneous reports in the media are that Pogson died in a barrage of gunfire, with a passing police patrol unit describing hearing over 60 bullets fired from what sounded like three weapons. This indictment pins the murder on two of the seven — Ivan James and Joh Williams.

The drug trafficking conspiracy is detailed in a U.S. DOJ media release dated February 18, 2020, when five of the seven were initially arraigned on charges that were handed down in a previous indictment.

Authorities say they first became aware of the trafficking ring in 2013, when they discovered that Ivan James had been smuggling drugs into the Golden Grove prison (now the John A. Bell Correctional Facility), with the help of an unnamed corrections officer who is now deceased. Joh Williams is alleged to have been the contact on the inside of the prison, who received the contraband and distributed it to his fellow inmates.

Ivan James, who is named as the leader of this criminal organization along with Kai James, is further accused of directing his associates to rob a rival dealer of cocaine at gunpoint. A raid at the James’ family compound in La Grange reportedly netted police 24 kilograms of marijuana and 1,000 marijuana plants, a half kilogram of cocaine, eight pistols, two rifles, and a sizeable quantity of ammunition. The packaged marijuana, the U.S. Attorney's Office says, was shipped in a commercial freezer from Miami in February of 2019.

More than one of the seven defendants in this matter have been before the courts for similar offenses on previous occasions. Malachi Benjamin was sentenced last March to just over fourteen months in prison after being convicted of cocaine possession with intent to distribute. On April 25 of this year, Tillisa Ceaser pleaded guilty to drug trafficking conspiracy charges stemming from her alleged recruitment of another woman to transport cocaine on an American Airlines flight from St Croix to Miami in 2019.

The indictment that was just filed on Thursday is the second superseding indictment to be laid in the matter, as federal prosecutors prepare their case against the suspected gang members.