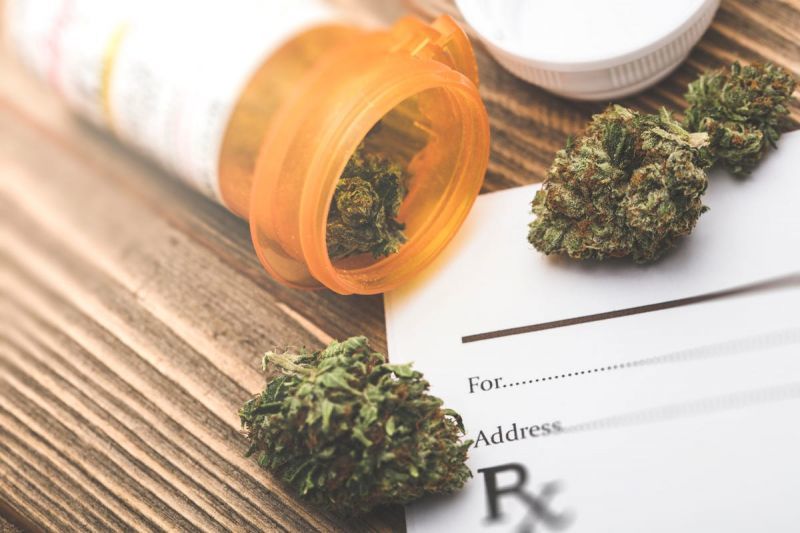 The USVI Cannabis Advisory Board met on Wednesday, July 27, 2022, and took several steps that brought the territory closer to having a functioning medical marijuana industry.
The bill establishing the industry was signed into law by Governor Albert Bryan in January 2019, but to date the industry has not come online because of setbacks with formulating a functioning Office of Cannabis Regulation, and filling the Cannabis Advisory Board vacancies.

During Wednesday's meeting, the board introduced its newest member, Dept. of Licensing and Consumer Affairs Commissioner Richard Evangelista, who officially joined the board on July 20.

Most of the meeting chaired by Dr. Catherine Kean was held in executive session. However, it later opened to the public where a vote was held to select Hannah Cardy as the executive director for the Virgin Islands Office of Cannabis Regulation, retroactive from January 3, 2022. Cardy's salary is $100,000, and all board members voted in favor her placement.

“It’s been a pleasure for us to have such a talented individual as Hannah Cardy,” said Kean. “It has been a pleasure working with her since January 2. I look forward to her officially joining the Office of Cannabis Regulation with this motion.”

Commissioner of Agriculture Positive T.A Nelson spoke next, saying he was very pleased to have gotten to this point in relation to cannabis regulation.

“I know our Virgin Islands population, especially those who are anxious to get access to medical cannabis, are really looking forward to the rollout of our program,” he said.

Mr. Evangelista added, “I have friends who have told me they were diagnosed with an illness in another location and they were prescribed medical marijuana. Upon return to the USVI they were patiently, anxiously waiting the use of medical marijuana legally here in the Virgin Islands. I think they’ve waited long enough. I'd like to thank the governor for appointing me to the board so I can fill this void. I challenge anyone for the other vacancies so that we can actually get this business going and moving.”

Hannah Cardy, who has been with the V.I. Office of Cannabis Regulation since January, stated, “I really appreciate your vote of confidence in moving forward the work of getting cannabis on board in the Virgin Islands. I just wanted to touch on the next steps… that would be to finalize the rules and regulations which we're hoping to have done in the next few weeks and to discuss a strategic plan which would include a timeline of when items will be rolling out in the next couple of months.”

There are 11 seats in total on the Cannabis Advisory Board. The board still has several vacancies open including positions for a farmer, a pharmacist, naturopath, and an economist or finance expert. Interested persons can go to the website info.ocr@oci.vi.gov. The next board meeting will be on August 10.
#the Virgin Islands