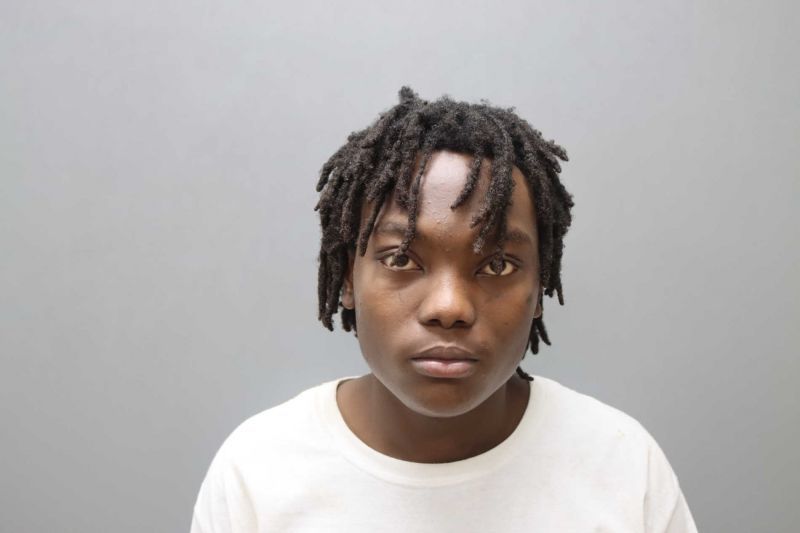 Virgin Islands Police Department officers on Thursday, April 7, 2022, arrested a man who allegedly threatened witnesses during the recess of a court proceeding.

According to the VIPD, Ky'Mani Dolphin, age 20 threatened victims at about 4:30 pm Wednesday, April 6, 2022, who were participating in a court proceeding at the Farrelly Justice Complex in St. Thomas. Dolphin is a defendant in a pending court matter.

According to an affidavit, Dolphin was arrested on March 13, 2022, on gun charges after police were summoned in reference to a domestic dispute. Officers who responded to the incident at Altona & Welgunst encountered two vehicles attempting to leave the location and both were stopped. Dolphin exited the passenger's side of a jeep and after he was patted down, officers reportedly retrieved an empty firearm magazine from his pocket. Officers also observed a backpack in low cut grass on the ground, on the same side of the vehicle where Dolphin exited. The officers searched the bag and located a firearm, according to the probable cause fact sheet.

Police spoke to Dolphin who stated that he was having an argument with his girlfriend because she accused him of cheating. He stated that she had thrown his belongings outside and that he was leaving for work when police stopped him. Dolphin admitted that the backpack belonged to him and later claimed ownership of the weapon. He further admitted to not having a license for the weapon. According to court documents, the firearm was identified as a Smith and Wesson 9mm with obliterated serial numbers and one bullet in the chamber. Police also discovered several small plastic bags and two small scales inside the backpack, as well as a large plastic bag with a green leafy substance that later proved to be marijuana.

According to the V.I.P.D., on Thursday at approximately 5:00 p.m., Dolphin, who was present at the Alexander Farrelly Justice Complex, was arrested and charged with retaliating against/threatening a witness, preventing/dissuading witness from attending trial, and disturbance of the peace.

Dolphin was unable to post bail of $10,000 and was remanded to the Bureau of Corrections pending advisement hearing.