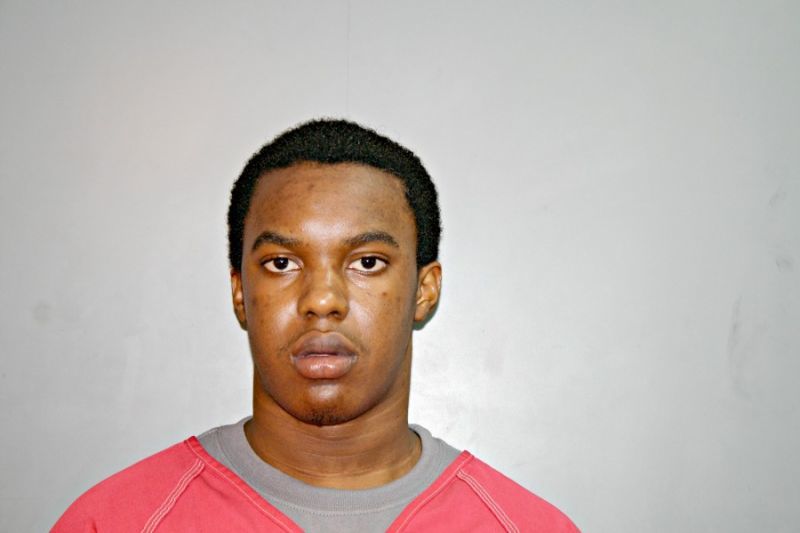 USVI man sentenced to 35 years for murder of church deacon

The [US] Virgin Islands Department of Justice has announced that 22-year Avondale A. George, Jr was sentenced to 35 years in prison for his conviction of murder, assault, and robbery charges for the brutal 2015 murder of 73-year-old Augustus Bannis in the vicinity of David Hamilton Jackson Park on St Croix.

The Consortium covered this story extensively over the years, including an event held by Mr Bannis's church, where he served as a deacon before he was killed, that called on the suspects at the time to turn themselves in, and those with knowledge of the crime to share information.

According to the Department of Justice, on Wednesday, December 4, 2019, a jury returned the verdict after deliberating for 45 minutes finding both George and co-defendant, Enock Justin Cole guilty of second-degree murder, first-degree assault, first-degree robbery, and unauthorised use of a vehicle.

George and Cole aided and abetted each other in the perpetration of the robbery, taking Mr Bannis’s vehicle against his will and brutally beating him in the process, said the DOJ.

Mr Bannis, universally loved by those who knew him, died before noon on October 19, 2015, at the Jackson Memorial Hospital in Miami, surrounded by the grieving family. He was in a coma during his entire stay at the medical facility and was never able to recover. The DOJ said Mr Bannis died as a result of “delayed complications of blunt head injury.”

At 11:00 am Monday, August 17, 2015, Mr Bannis had taken the short five-minute drive from his Estate Upper Love home to the David Hamilton Jackson Park in Grove Place to gather almonds, a favourite pastime of his. He left his cellphone and wallet at home.

Around 2:00 pm when Mr Bannis had not returned home, his wife alerted relatives. At round 4:00 p.m., she informed the church secretary that her husband had not returned from Grove Place earlier in the day. Church members called the hospital to inquire if Mr Bannis had been admitted. Hospital personnel did not release any information to the family and instructed them to call 911. Church members also searched the Grove Place neighbourhood where Mr Bannis had gone, but did not find any signs of the man or his car.

After Mr Bannis’s family members filed a police report late Monday night, August 17, 2015 police put out an all-points bulletin (APB) for the victim at around 9:30 p.m. Within minutes of the APB being issued, Pastor Benjamin received a call on his cellphone that Mr Bannis had been carjacked and brought badly beaten to the Juan Luis Hospital earlier that day.

At the hospital on Monday night, family members were notified that Mr Bannis was found at the park at around 12:00 p.m. severely beaten and was transported to the hospital by ambulance.

George and Cole were arrested in November 2015. Cole is scheduled is to be sentenced at a later date. Two other accomplices have not been tried in court.

At the sentencing, due to Covid-19 the victims did not present Victim Impact Statements. However, Mr Chancellor, the assistant attorney general, read portions of prepared statements from family members including Mr Bannis’s wife and daughter, DOJ said.

“He was not only my husband but my other half, my best friend, my soul mate, my one and only true love, my children’s father, my breadwinner and more. His life was centred on his family and he loved many, for he was a loving and caring man”, said Maria Bannis, wife of the victim.

Jackie Zamore, Bannis’s daughter, stated, “He was taken prematurely in the cruelest fashion; was beaten without any provocation and left for dead like an animal on the street.”

Mr Bannis was a former pastor of the First Baptist Church in Salisbury, Dominica for 18 years before relocating to St. Croix for 10 years. He served as a deacon at the Calvary Baptist Church on St Croix where he taught Sunday School, bible school, mentored the young, and assisted the elderly, according to the DOJ.