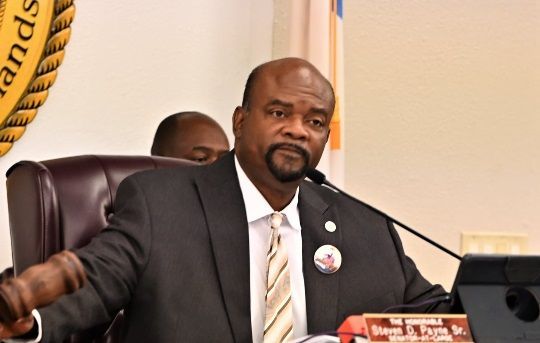 Fourteen senators voted to expel Senator Steven D. Payne Sr from the 34th Legislature of the US Virgin Islands (USVI) on Wednesday night, July 20, 2022, in what was a culmination of immense pressure on lawmakers to address a scandal that had rocked the Senate — one that was untied from other senators but Mr Payne — after three women accused him of either sexual harassment or sexual assault, the initial being a young employee of his own office.

The April 07, 2022, report was the first of a series of exclusive stories by Consortium journalists leading to Mr. Payne's expulsion from the Senate.

The senator was being investigated by the Senate Committee on Ethical Conduct when the Consortium reported on two other incidents of alleged sexual harassment and assault. The second report was published on April 11, 2022, regarding Chezni Jones, who alleged Mr Payne ripped her underwear off during an encounter at a beach on St John.

The third report was published on May 25, 2022, and it detailed the account of 21-year-old Steffi Emilien, who alleged she was a minor age 16 or 17 when Mr Payne assaulted her on multiple occasions. Among the incidents, according to Emilien, was an encounter at a band room in St John when Mr Payne allegedly stuck his tongue in the minor's mouth, and during a trip to the US where Emilien alleged Mr Payne forced her to give him a massage as well as take a shower with him at a hotel. According to Emelien, after they arrived to Mr Payne's sister's house in Florida, he told her to take her pants off and get on the bed.

"So at that point I didn’t even know what to do. Then the man took out one of those silver bullet vibrators that have a remote — I don’t know, but something like that — and he was just talking to me and then he told me “this is what you do”. At that moment, I could have just died. I felt like just dying. If I could have a gun and just shoot myself in the head, it would be better than this," Emilien told the Consortium one weekend late in May. 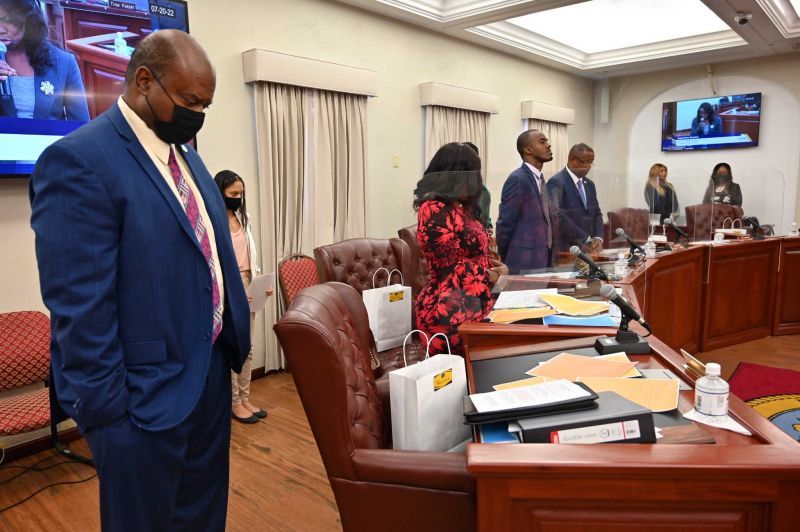 On Wednesday, the senators read out an amendment to a bill that had called for Mr Payne's suspension following the results of the Committee on Ethical Conduct's investigation.

The amendment, offered by Senators Alma Heyliger Francis, Janelle K. Sarauw, Genevieve Whitaker, Samuel Carrion, Novelle A. Francis, Jr., Donna Frett-Gregory and Javan E. James, sought Mr Payne's expulsion from the 34th Legislature for violating Senate Rule 801 by failing to conduct himself at all times in a manner that reflects respectfully on the Legislature; Rule 809 (b), the Legislature's zero tolerance policy against sexual harassment; Rule 811 (a) for failing to observe proper decorum and conduct himself in a manner complimentary to the Senate and with dignity and respect for the high office which the Senator holds; and the Oath of Office under Rule 102 (c), which he took pursuant to Rule 102 (d).

During the afternoon time before the vote to expel Mr Payne was brought forward, the 34the Legislature implemented a higher security protocol which saw the presence of VIPD officers on the grounds of the Earl B. Ottley Legislature, the Consortium learned.

Mr Payne's expulsion, though set to be forwarded to the governor, is already in effect as the governor does not make changes to resolutions, which Bill No. 34-0287 is.

The expulsion follows calls from the Democratic Party for Mr Payne to step down, and comments from Governor Albert A. Bryan, who described the allegations against Mr Payne as "serious and disturbing," and called on the [US] VI Department of Justice to launch an investigation into the matter.

In a last-ditch effort to change the narrative, Mr Payne last Thursday appeared on Pappilove radio to deny the allegations made against him, honing in on Chezni Jones. Ms Jones responded to the senator through messages provided to the Consortium, countering Mr Payne's version of what occurred that fateful day on a beach in St John when she was either 19 or 20 years old, and Mr Payne was still an officer with the [US] VI Police Department.

Ms Frett-Gregory, president of the 34th Legislature, said the matter with Mr Payne was one that simply had to be dealt with. "None of us won on this," she said. "I continue to remind myself that we did not create this, it's a situation that I never expected to encounter as I serve as the lead of the 34th Legislature. But with leadership comes tough responsibilities and tough decision-making, and we had to do what we had to do."