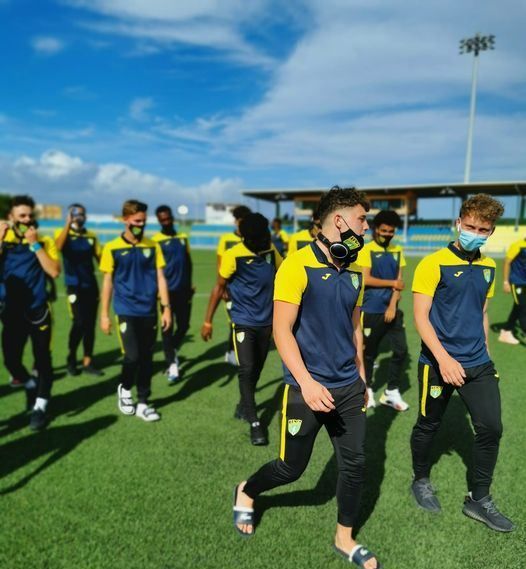 Valiant VI go down 0-3 to Guatemala in WC qualifier

The [British] Virgin Islands’ senior football team put up a brave showing in their first round match of the CONCACAF Qualifiers for the FIFA World Cup, Qatar 2022 but went down 0-3 to Guatemala at the Ergilio Hato Stadium in Curacao on Saturday, March 27, 2021.

The Virgin Islands side conceded in the 21st minute when Guatemala striker Darwin Gregorio Lom Moscoso found the back of the nets.

The VI boys ended the first half 2-nil down after defender Moisés Edwardo Hernández Moralez had struck in the 44th minute. 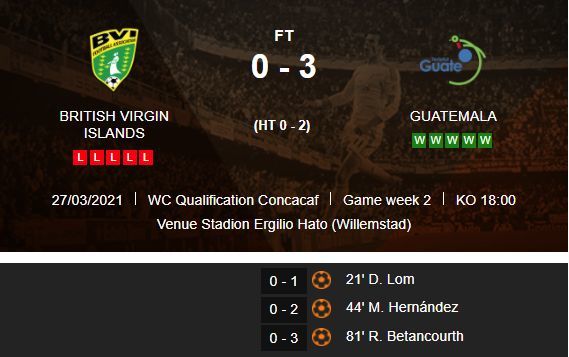 The final scoreline in the game between Virgin Islands and Guatemala on March 27, 2021.

VI held strong in 2nd half

The young Virgin Islands squad; however, came back on the pitch determined not to be torn apart by the experienced Guatemala side that went into the match undefeated in 5 games.

The VI also have much to thank goalkeeper Philip Jules for as he did well to deny the Guatemalans on a few occasions.

There was no denying striker Robin Osvaldo Betancourth; however, as he scored Guatemala’s 3rd goal in the 81st minute.

The Virgin Islands were unfortunate to lose Charles R. Medway in the 88th via a red card but did well to prevent Guatemala from scoring in the remaining 8 minutes of play, 6 of which was added time.