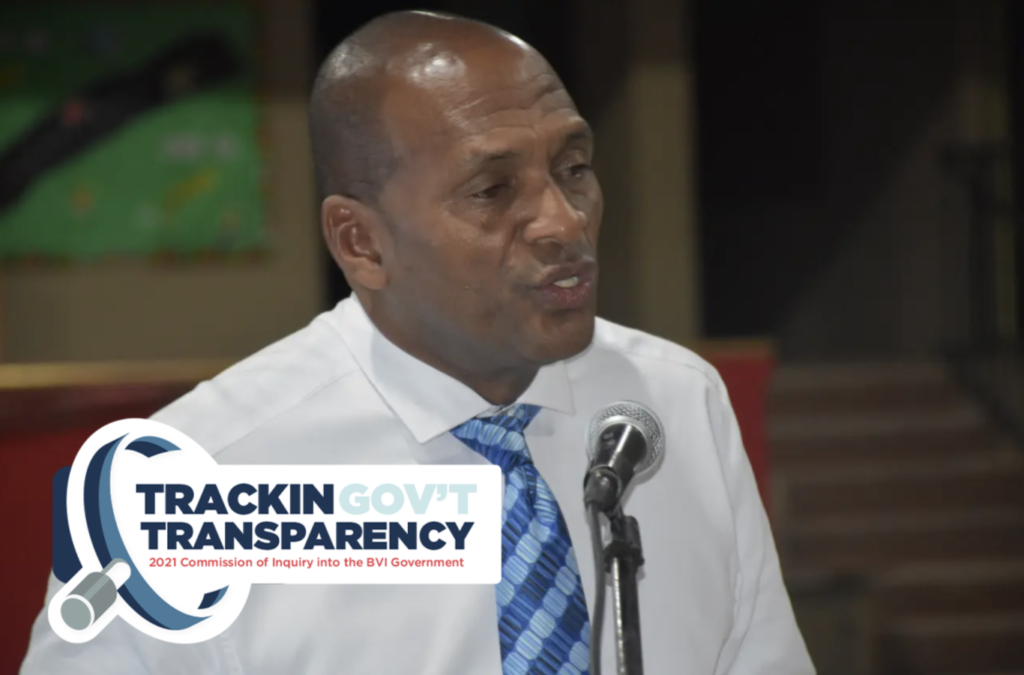 Former Works Minister under the previously governing National Democratic Party (NDP) administration, Mark Vanterpool, has denied that anyone was sidelined in his ministry during the cruise pier development project.

Vanterpool made that remark in an appearance before the Commission of Inquiry (COI) yesterday, September 27.

“There is no way that anybody could be sidelined in the project in my ministry that was front and centre; and that was not so,” Vanterpool told the COI yesterday.

But the former minister‘s assertion was in stark contrast to evidence given to the COI by former Permanent Secretary (PS) in his ministry, Arlene Smith-Thompson.

Vanterpool, who declined to be shown evidence the former PS that indicated she was sidelined, told the COI all public officers in his ministry were involved in the project at the time.

Throughout his evidence, the former Works Minister refused to be drawn into any extended arguments, insisting instead that the evidence he had given in writing should suffice for the commission.

Vanterpool told the COI that his NDP government at the time chose to take an alternate course in the project than one that was already selected by the BVI Port Authority Board. He further said this alternate course was met with some resistance at first.

He insisted, however, that the Board — including its Managing Director at the time, Vincent O’Neal — had received clear direction from him as minister on the course of action that was being taken.

O’Neal, in contrast, testified to the Public Accounts Committee that he had only met with the Vanterpool on one occasion.

The contentious project was deemed to have millions of dollars in cost overruns after an initial estimate pegged it at around fifty million dollars.

But Vanterpool has maintained for years that the project did not have a cost overrun because the $50 million estimate that the government initially gave for the controversial project was an ‘incomplete assessment’.

The final cost for the project was reported to be $82.9 million, which represents more than $30 million above the initial estimate.