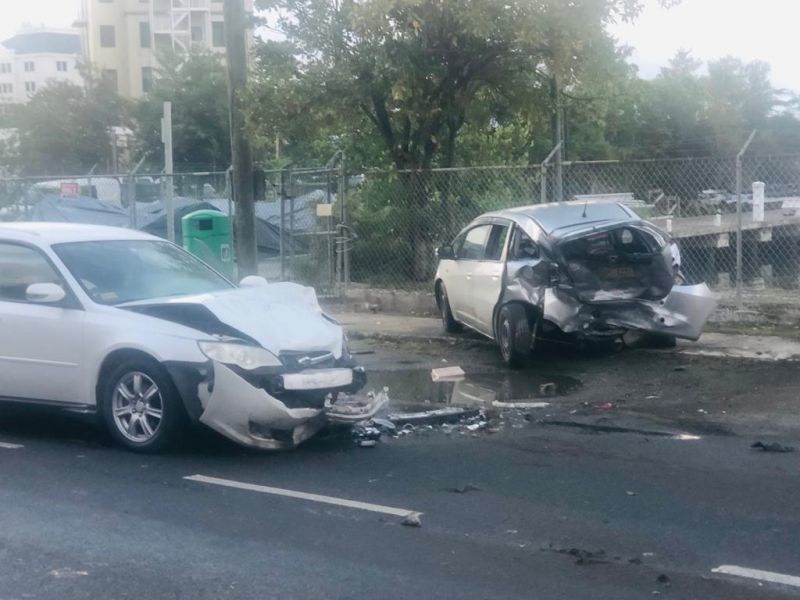 Vehicle slams into another near The Moorings

Monday morning, April 25, 2022, has not started well for the drivers of two vehicles that were involved in an accident on James Walter Francis Drive in the vicinity of The Moorings.

According to reports reaching our newsroom, a white Subaru vehicle slammed into the back of a small car as they were heading west, in the direction of central Road Town.

It is unclear if there were any injuries. 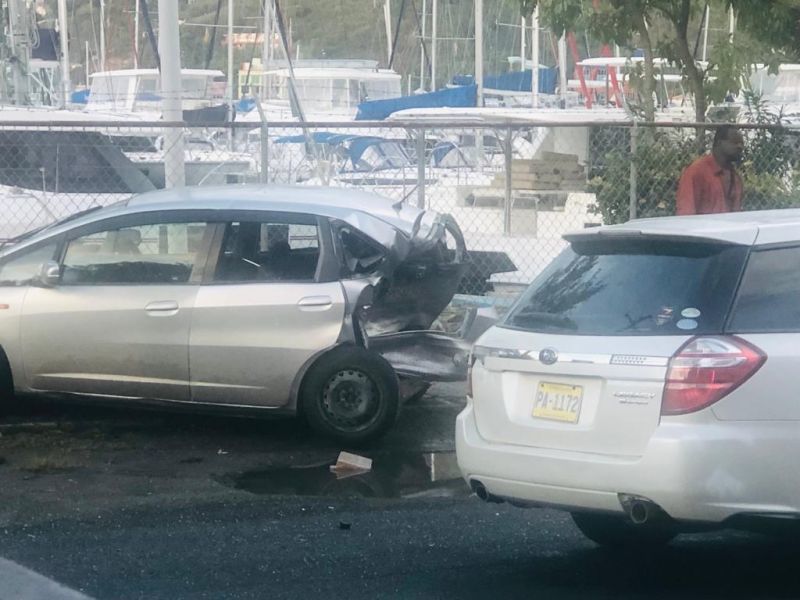 The scene of the accident on James Walter Francis Drive on April 25, 2022.