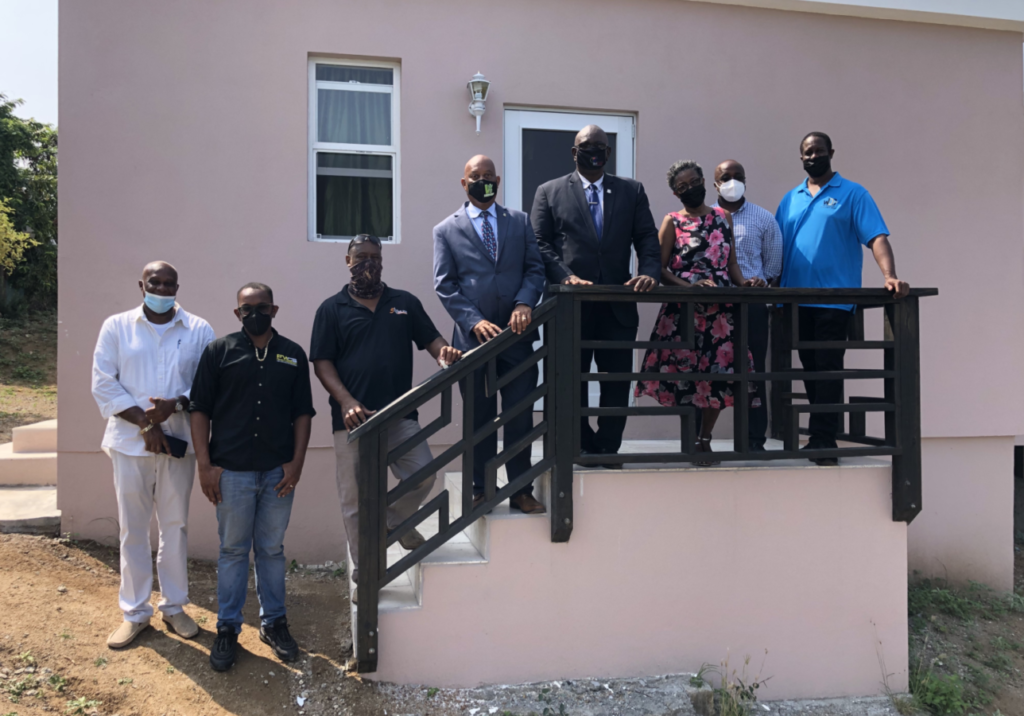 Virgin Gorda resident Judy-Ann Steven has expressed her gratitude to the government after she collected the keys to her new home on October 5.
Steven received assistance under the Housing Recovery Assistance Programme. She was able to receive a grant which helped in her rebuilding efforts after her house was severely damaged during Hurricane Irma in 2017.

Social Development Minister Carvin Malone along with Ninth District Representative Vincent Wheatley and Deputy Secretary in the Ministry of Health & Social Development, Greg Massicote, presented Steven with the keys to her new home.

Malone used the handover ceremony to express his satisfaction with the completion of the house.

“On behalf of the Ministry of Health & Social Development, I would like to say that we will continue to do whatever is necessary to get people into homes, get their homes repaired and rebuilt, and making sure that whatever the Government can do within means, that we can make the process as efficient as possible,” Malone stated.

Meanwhile, Wheatley said he was grateful that another house has been rebuilt for a resident in the hos constituency.

“It shows that no district is being left behind,” he stated.

“Since the hurricanes of 2017, we had so many homes destroyed. So many persons had to go to bed wondering or hoping it doesn’t rain,” the Virgin Gorda representative added.

Wheatley also asked for patience from residents as the government steps up its rebuilding efforts. He noted the process might be slow but it will happen in due time.

He used Steven, who had to wait three-and-a-half years for her new home, as an example of the benefits that come after the long wait.